Soul winning singer amd songwriter, Timi Dakolo has surprised fans on social media as he identify himself as an upcoming artiste.

fans in the next ten years.

Despite his experience in the industry, Timi Dakolo has now declared himself as an

According to the award winning singer and songwriter, he’s still an upcoming talent in

the industry who is vying hard to make a name for himself.

what he has achieved in the industry. 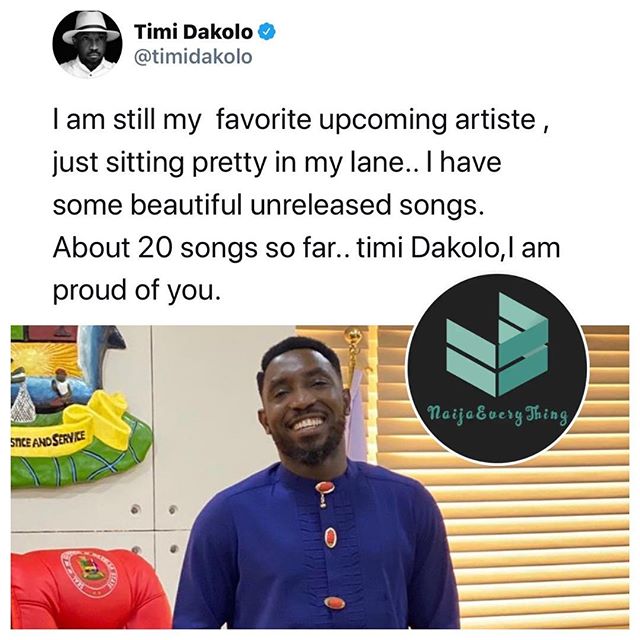 surprise that he’s addressing himself as an upcoming talent.

Busola Dakolo who have given him some adorable kids.

The star singer and his wife are often regarded as the best celebrity couple in the entertainmemt industry as they are popularly known for flaunting themselves on social media.

“A fan once threw her underwear  at me on stage”– Stonebwoy

Reekado Banks speaks on the sacking of his brother as manager