Nollywood actress, Lilian Esoro is not in a mood for anything that has to do with her past as she silence a troll who shade her enstrangle husband, Ubi Franklin.

However, a year after the marriage, the couple went their separate ways, a move

that sparked a lot of reactions from fans and celebrities on social media.

4 years after their marriage had crashed, a fans on social media decided to bring back

However, the star actress who does not want to remember anything about her past

in a better place. 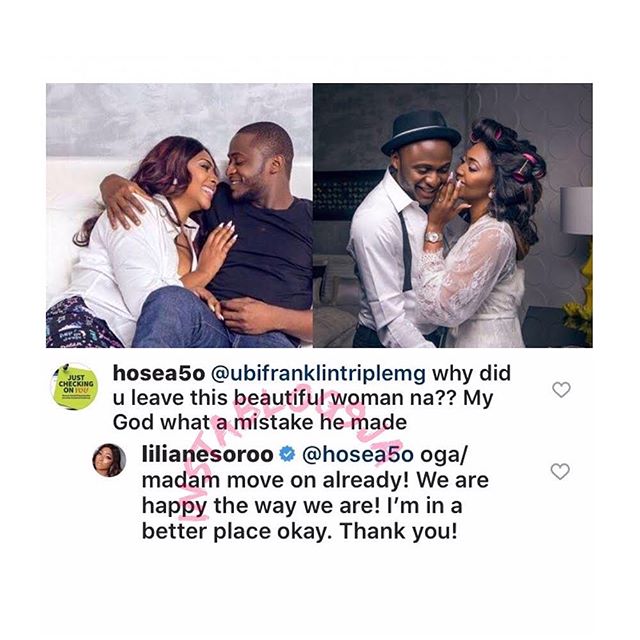 Lilian Esoro crashed marriage with Ubi Franklin was blessed with a son, who they named Jayden.

Both love birds are yet to finalize their divorce which was said to have been striked out by a judge.

According to reports, the judge, sitting at an Ikeja High Court, ruled that their divorce

Though their divorce case seems to have gone under the carpet, probability that both

celebrity will be coming back into the relationship in not feasible as they seems to have finally moved on.

The drama is just beginning, as Toyin Abraham sues Lizzy Anjorin to court