Reality star and actress, Ifu Ennada has given trolls on her page a reply after she was called out over giveaway. 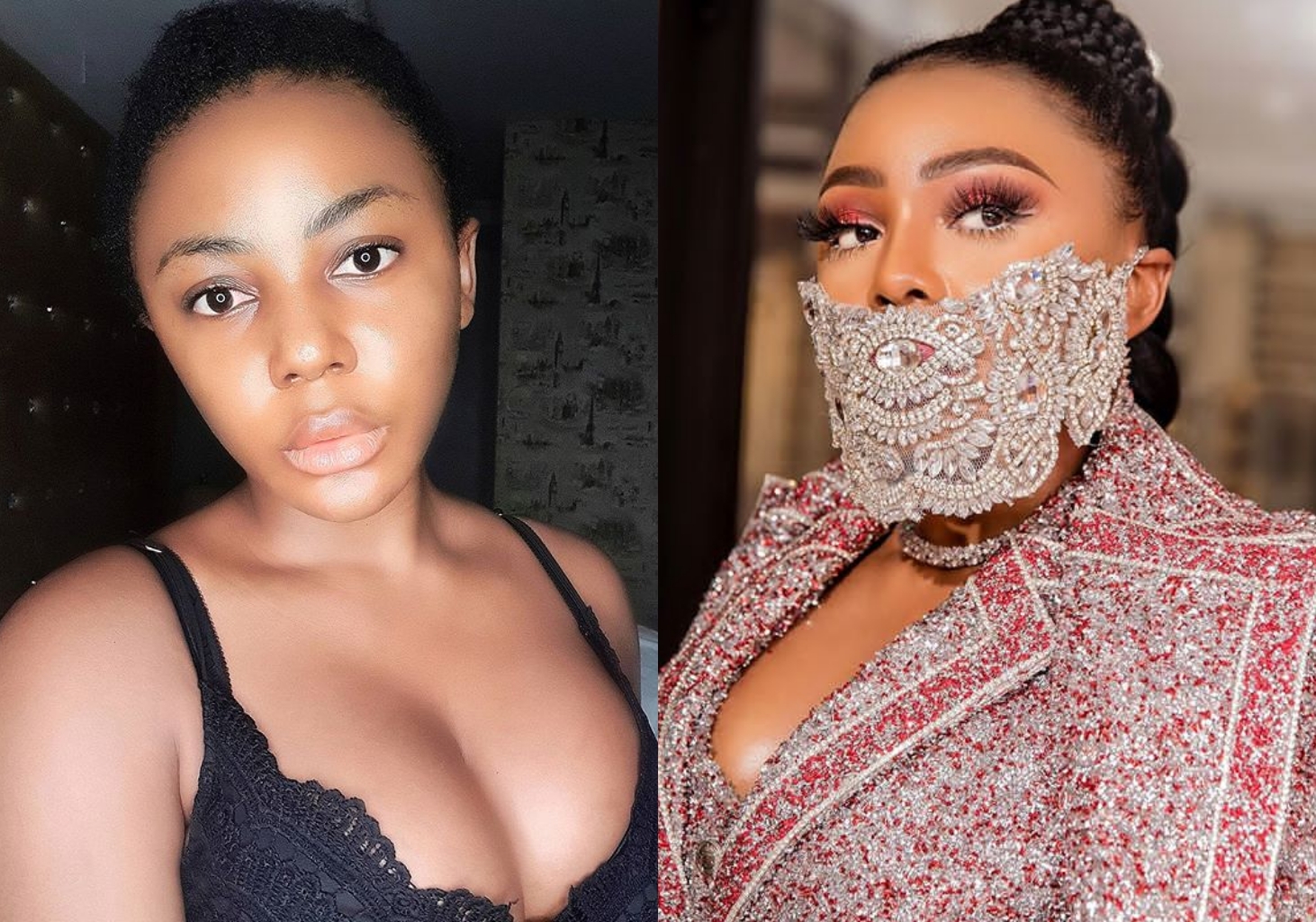 With the country currently going through some tough phase, some celebrities have

take to social media to give out some cool cash to some of their lucky fans.

However, Ifu Ennada was a victim of troll after a fan called her out for not joining her

Not pleased with the action of the fans, the brand influencer took to her official Instagram Page to blast the so called fans

as she revealed the reason why she has not joined her colleagues.

blessef and will never go broke for doing a giveaway.

Some of you are going to Instablog to insult me because of my response to that guy that feels he has the right to tell me how to run my life because he feels I don't do giveaway. First of all I help alot of people offline because I have alot of mothers and children who need help around me, but I never post it here. _________ As for online giveaway, I recently gave 20k to @blessingmma66 and her daughter. I also used this my platform to raise almost 150k for her. Maybe because I don't leave these Giveaway Posts on my wall, alot of you who miss the posts feel I don't do Giveaway, but then again if that's is the case ,what stops you lot from helping others? Why must Celebrities be burdened with being the ones to always help? Can't non-popular people help themselves again? ________ Do you even bother to ask if these celebrities you troll for not doing Giveaway have to give? I'm very blessed and will never be broke, those who know me offline know how very comfortable I am, infact I have lent money countless times to some popular people you know, but what if I don't have to give? What if all these celebrities you bug everyday don't have to give? _____ You people need to do better and stop bullying celebs into doing giveaway. At the end of the day, nobody owes you anything. Even your Federal Govt has not been able to cater for people during this Pandemic, with all the billions donated by many and all the money the FG has, they have barely done anything for anyone. How much more celebs who are humans like you and probably end up spending more because they need to always keep up appearances? I thank God I'm not under any kind of pressure, but ya'll need to stop this BS this minute! ______ Stop waiting for Celebs to Giveway! Do the little you can if you can and move on! Nobody f*cking owes you shit!

Ifu Ennada coming hard on troll will not be surprising to some fans as she’s been a victim of trolling in recent days.

of face mask and hand sanitizer due to the high demand.

Ifu Ennada slammed citizens of Nigeria who imdulge in such act as she asked why they love suffering other citizens who are trying hard to meet end needs.

She implored the Government to take enough action so as to bring such citizens to face the wrath.

The Government have been up and doing in their fight against the virus.