Home Entertainment It’s Better To Be killed In Your Own Country Than To Be...

The last 48 hours has recorded a tensed relationship between Nigeria and South Africa over the xenophobic attacks in the latter’s country.

Popular celebrities, including Toke Makinwa, Funke Akindele, AKA amongst others, have condemned the attacks on Nigerians and other Africans in South Africa.

The latest notable woman to join the multitude of online protestors is Kenyan Socialite and Actress, Huddah Monroe. 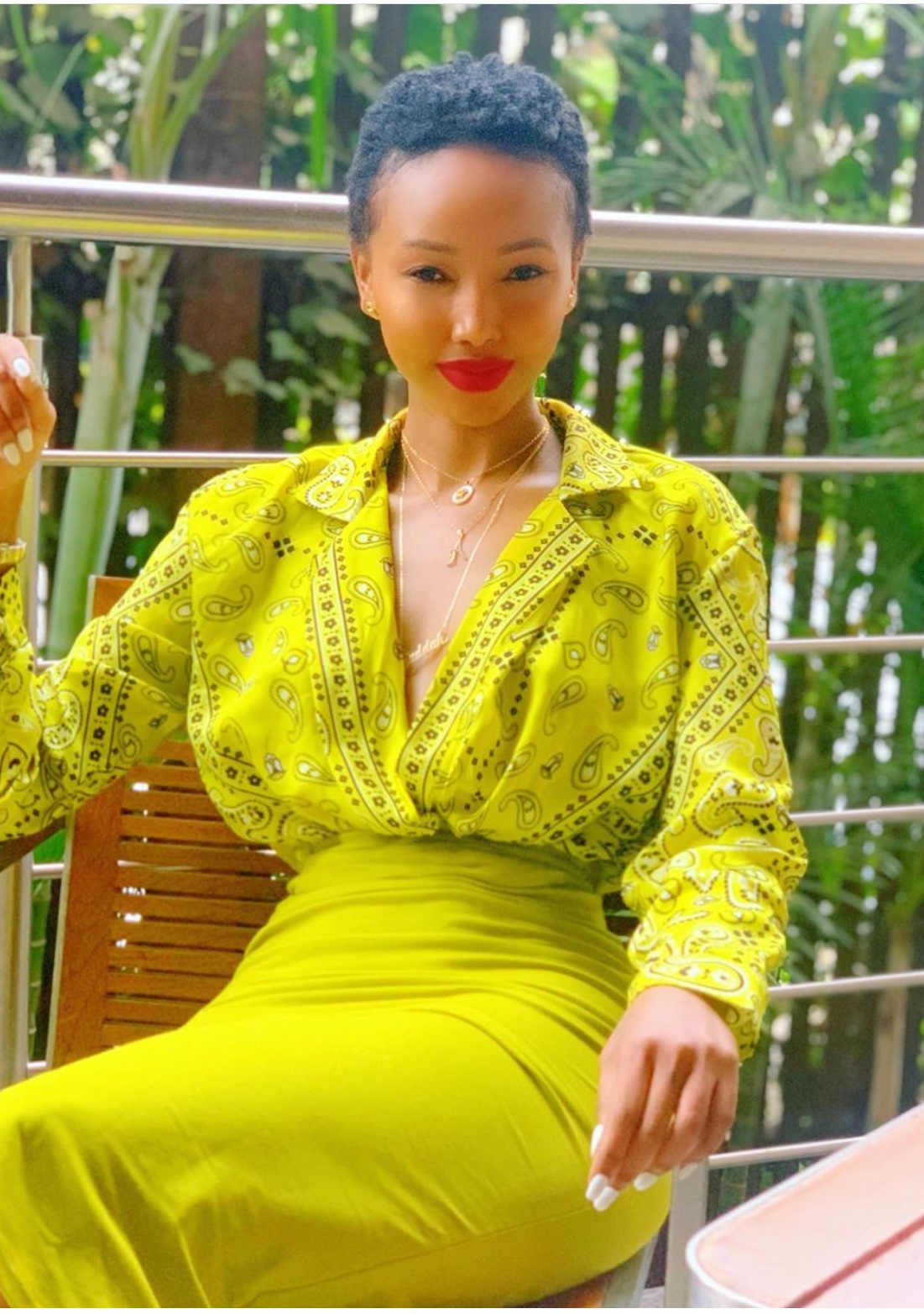 The curvaceous Kenyan Socialite took to her snapchat story to implore the government to  ask Nigerians on why they are always humiliated, disrespected and discriminated worldwide. She added that why can’t they all return home and and try to fix the place instead of running.

She further added that she’d rather be killed in her own country. 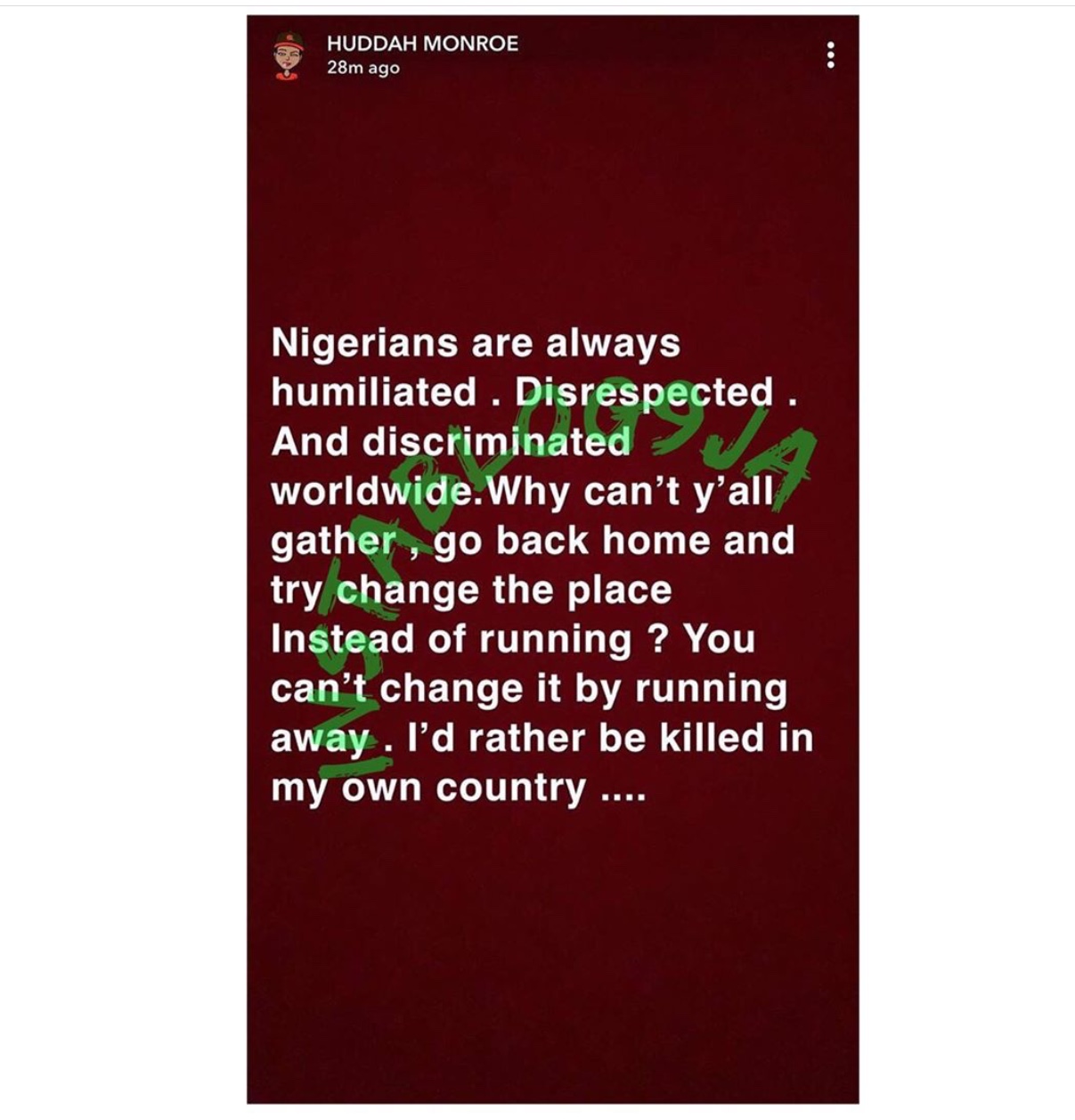 As we earlier reported that the recurring attacks on Nigerians are part of wider xenophobic attacks on foreigners in the rainbow nation.

The Federal Government, through the Minister of Foreign Affairs, Geoffrey Onyeama, has summoned the South African High Commissioner in Nigeria, Bobby Moroe, over the xenophobic attacks on Nigerians in South Africa.

South Africans had on Sunday begun fresh attacks, looting and burning of businesses and properties belonging to foreigners and killing some people in the process.

The attack, which was the second within a week, began on Sunday morning in Jeppestown area of Johannesburg when a building was set on fire by angry mobs.