Former big brother naija star, Joe Abdallah have showed his level of maturity as he educates a fans who tried to pit Mercy against Tacha. 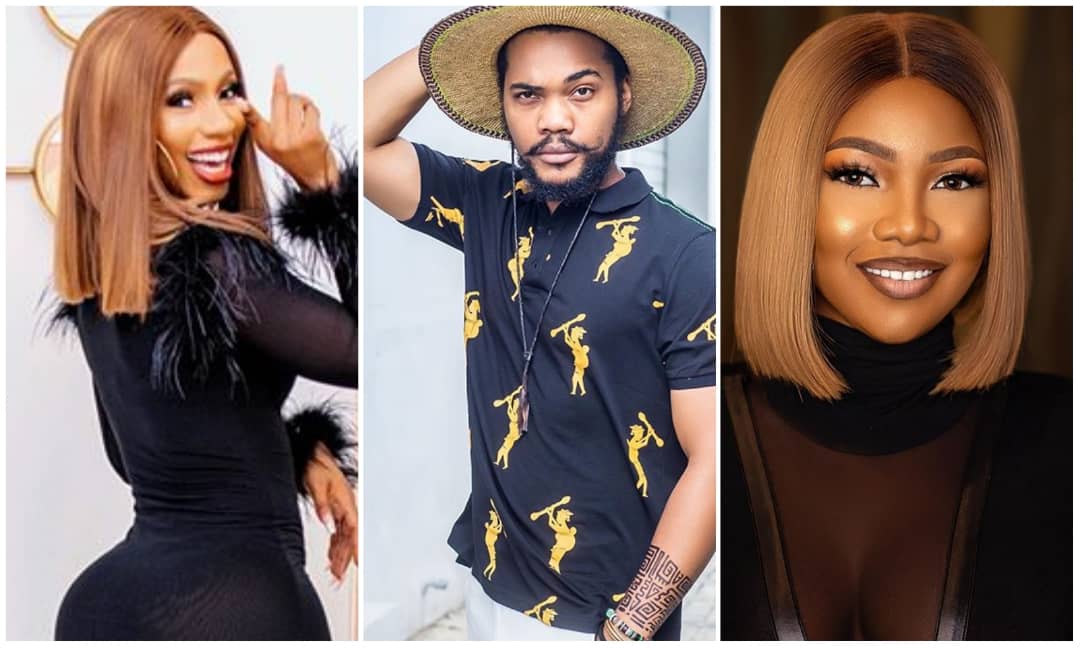 both stars against each other.

READ
“This guy smashed many of her phones and abused her, I have evidence”– Korra Obidi’s sister Drags Justin Dean

The talented model was asked during a question and answer segment

on Instagram who the best person is among both reality stars.

Joe Abdallah however showed his composure and maturity as he asked

doing well for themselves against each other.

amidst Tacha and Mercy. 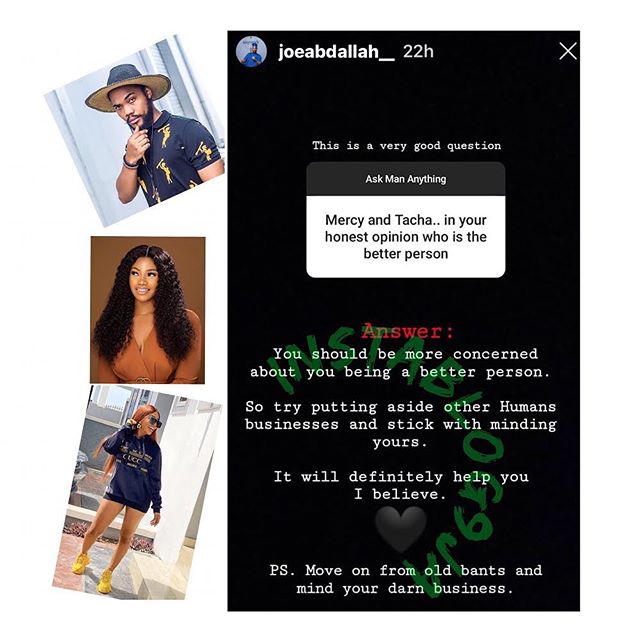