The marriage between Ghanaian music label BurnItOn Music and Kelvyn Boy has ended!

Portions of a statement intercepted by your Hub For Pop Culture & Urban Entertainment News –  thesleak.com indicates the 2 year contract between the parties has ended with breech of contract by Kelvyn Boy, according to the press release.

BurnItOn Music described Kelvyn Boy as ‘a gem of his kind’ and wished him the best in future endeavours. 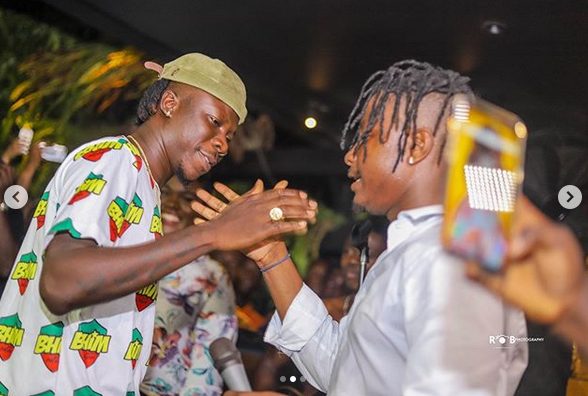 Kelvyn Boy’s 2 year stay at BurnItOn Music  Music saw him release a number of project including his recent EP, Time.

Few months ago, controversies  were rife that Kelvyn Boy had exited the record which simply because of his arrogant conduct under the label which both parties vehemently denied in their various media engagements.

Below is the official update on development at BurnItOn Music Group;

“Some artistes smoke in my studio before recording their music”- Posigee