Home Entertainment ‘No more kiddies price’ – BBNaija’s Khloe shares before and after pictures... 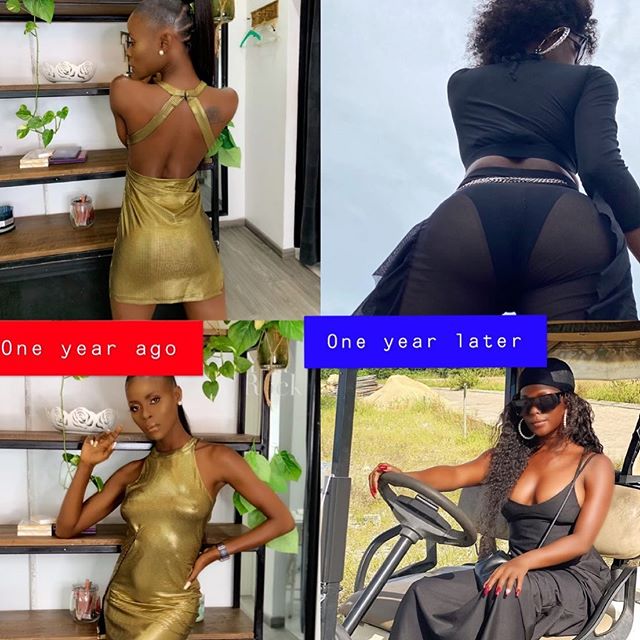 as she has been able to get herself on the spotlight despite the high number of talented celebrities in the industry.

The beautiful screen diva has however impressed fans most with the way she has been able to add more fat to her skinny body.

that was grid with a new ones.

skinny ass noting that she’s no more looking for the kiddies wear.

See her before and after pictures below: