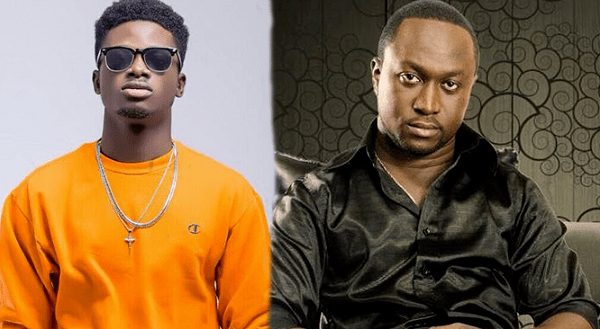 Richie is the boss of Kuami Eugene’s record label, Lynx Entertainment and Kuami Eugene has on several occasions expressed his interest in featuring the legendary songwriter and singer on a song.

The fast rising artiste has disclosed that he is ready to pay a staggering 10,000 cedis just to feature his boss who seems to have left the music scene.

Kuami Eugene expressed his desperate measure in an interview with Agyenkwa FM in Kumasi.

The “confusion” hitmaker expressed that “Richie is obstinate about his decision to quit singing and he isn’t budging despite pressure from his own mother. I will be glad if i could feature Richie on a track”

READ
After #BBNaija there is still LOVE IS WAR, says actress Omoni Oboli

The “Angela” crooner explained that his willingness to pay Richie 10,000 cedis in order to have Richie’s verse on a song of his isn’t enough to lure the Lynx Boss.

He later denied rumours that  there were a lot of issues going on in the record label.

The talented singer joined Lynx Entertainment shortly following  his superb performances on the  MTN hitmaker reality show where he came third in the finals.

“I only see you if you see me!” – Jaywon Juwonlo sends cryptic message

Busola Dakolo honoured as one of the ‘Game Changers of 2019’