Award winning rapper, Akon and 6ix9ine are set to go head-to-head in a hits battle, at least according to the Sengalese born. 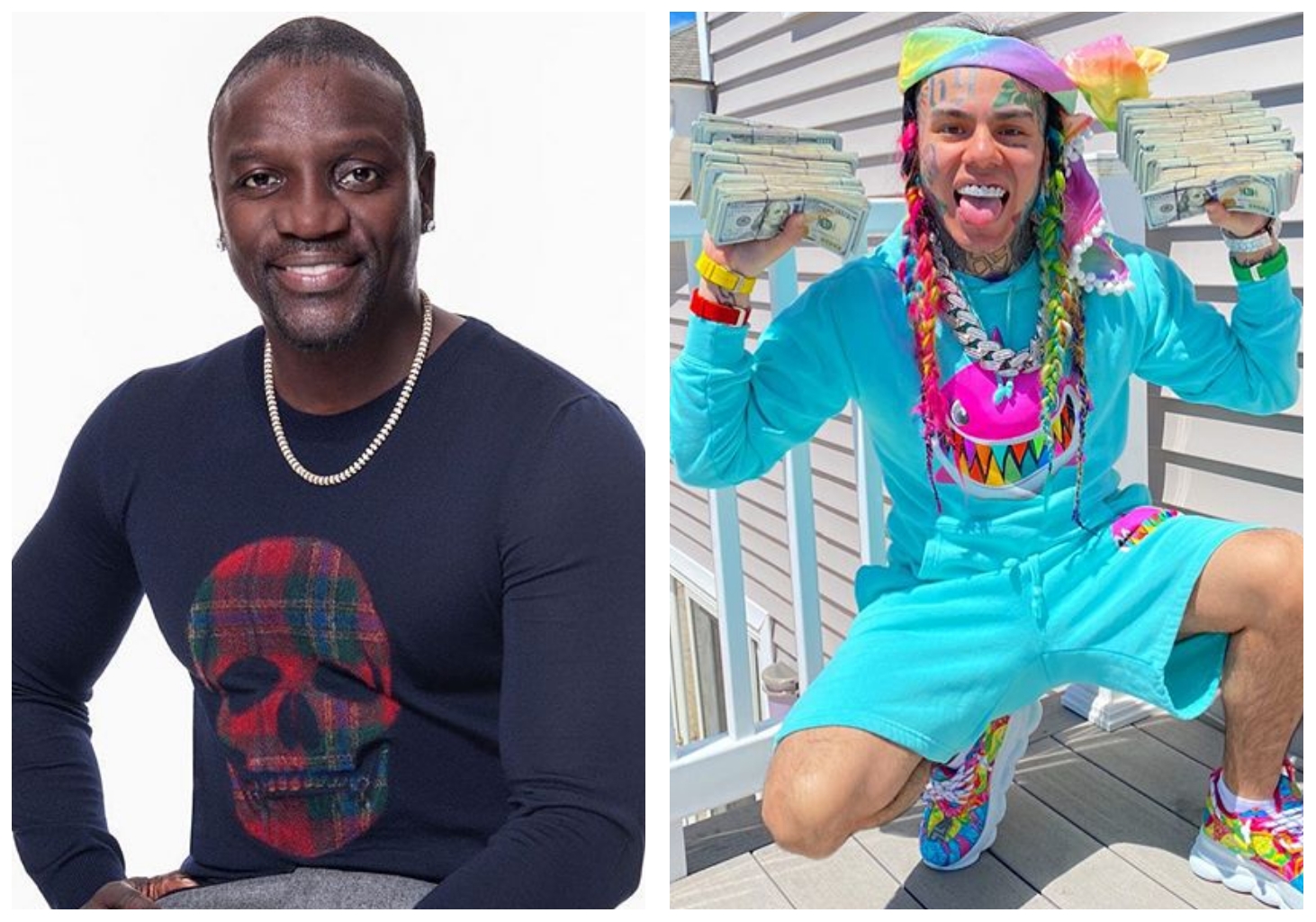 with top stars in the industry but seems to be on a good terms with Akon.

possible bout between him and 6ix9ine.

“@6ix9ine just challenged me to a battle tommorow at 3:30pm Live on IG, IT’S On.”
Akon wrote on his story behind a picture of 6ix9ine. 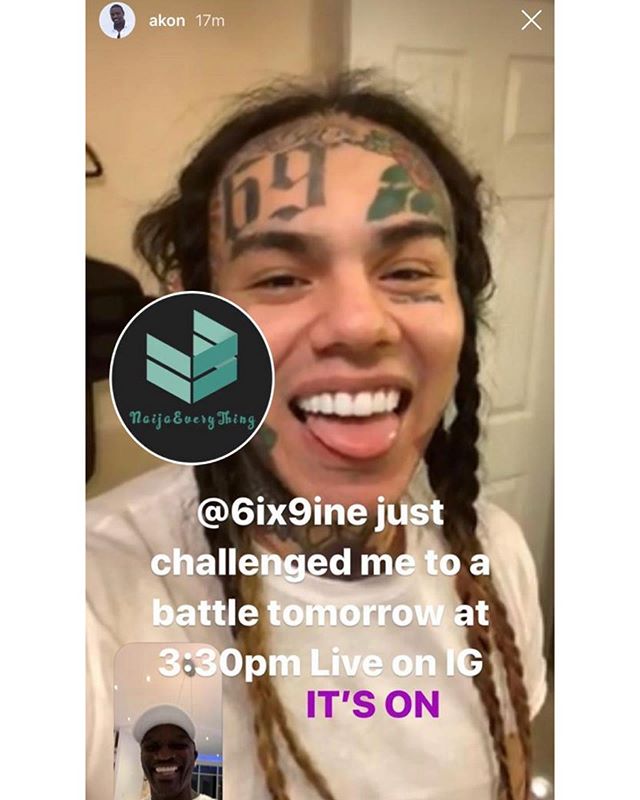 All eyes will be on the bout which will no doubt attract a lot of fans who will be eager to see what 6ix9ine have to offer.