Home Entertainment Man laments as Toyin Abraham and and her husband kiss deeply in...

Nollywood actress, Toyin Abraham and her husband, Kolawole Ajeyemi has got a single man wondering about his relationship status as they kiss deeply in public. 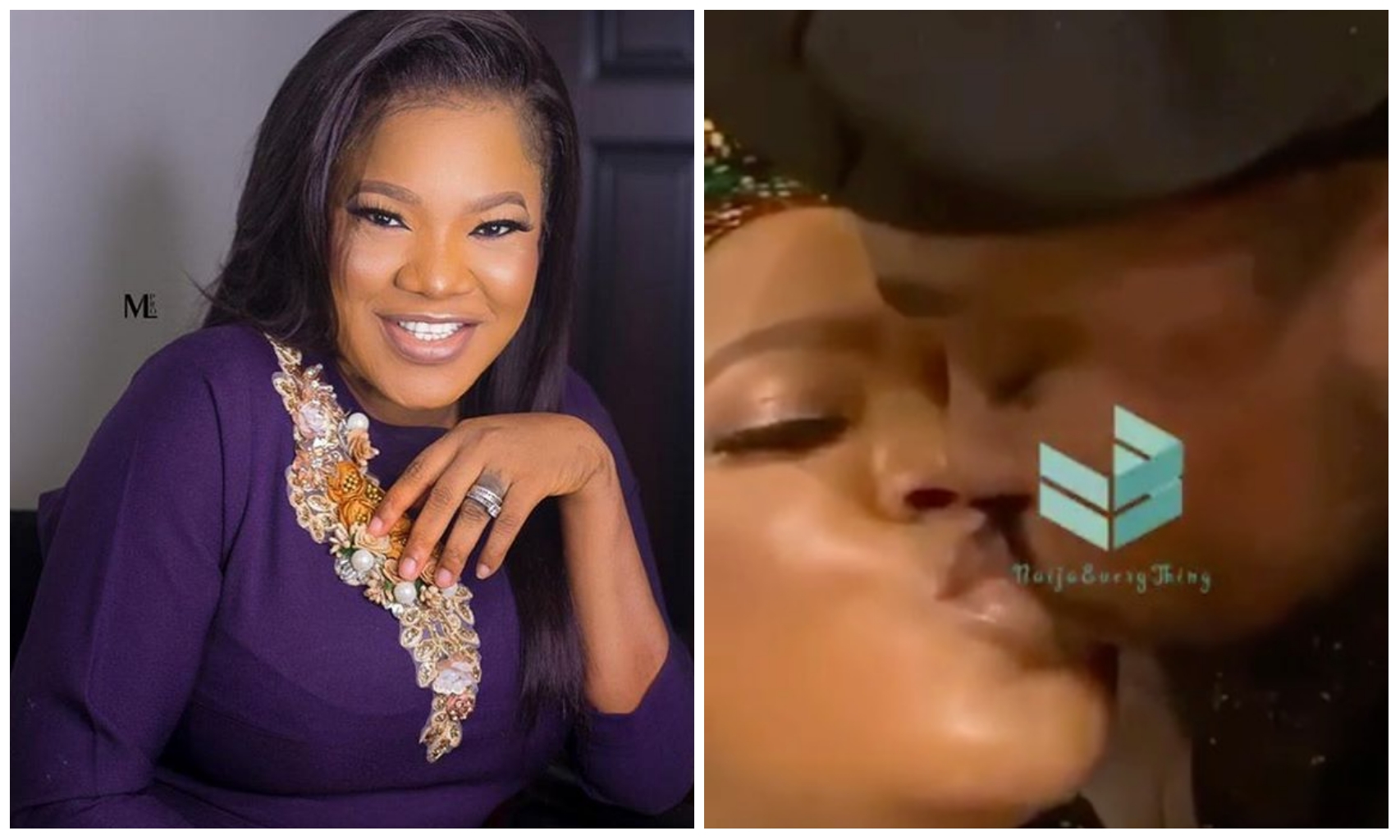 husband, Kolawole Ajeyemi ever since they got married and it’s not starting

on social media as well as gushing about her husband and his behaviors towards their family.

went to a private event together.

online kissing deeply as the man could do nothing but lament.

According to the single man, they are trying to provoke him with their love life just

because they know he’s single.

Watch video of Toyin Abraham and husband kissing deeply in public below:

Toyin Abraham and her husband, Kolawole Ajeyemi has a lovely son together, a son that was named ‘Ire’.

child and are often regarded as the best celebrity couple in the industry.

during this lockdown period as she aim to influence their life positively.

She will be eager to impress fans when she release her new movie in the next coming days.