Music executive, Soso Soberekon has taken to social media to lament about how marriages of nowadays don’t last. 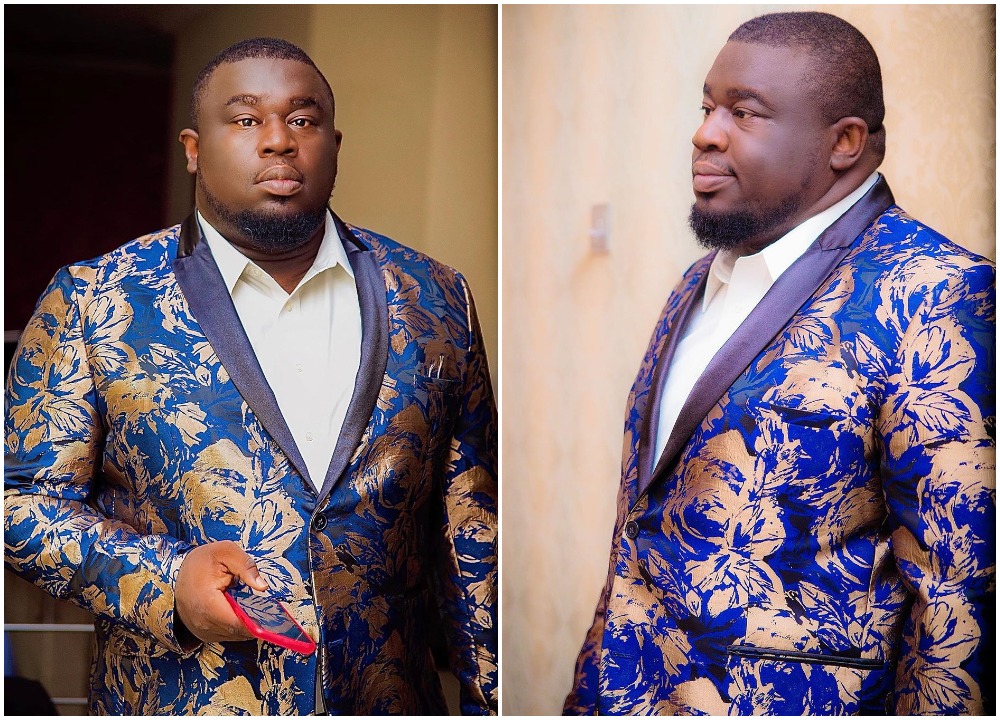 after getting married in a flamboyant event.

couples, Soso Soberekon seems fed up with the development as he reveals how annoying it is.

is to attend a wedding ceremony and hear it had crashed after just one year.

bought a cloth of 65k, travelled from Enugu to Lagos only for him to be hearing that the

Shocked by the development, Soso Soberekon revealed that any couple

with him, whereby they refund all the money he spent once they divorce.

I bought an ASO-EBI for 65k last year December and travelled all the way to Enugu from Lagos for the wedding. Paid my flight tickets to and fro, only for me to hear today that the couples divorced 4days ago!

Marriages don’t last more than 2 years this days, don’t know why. So from now on, anyone who brings ASO-EBI of over 1,500 for me; will sign an agreement with my lawyer….You divorce, you refund me my money with interest! 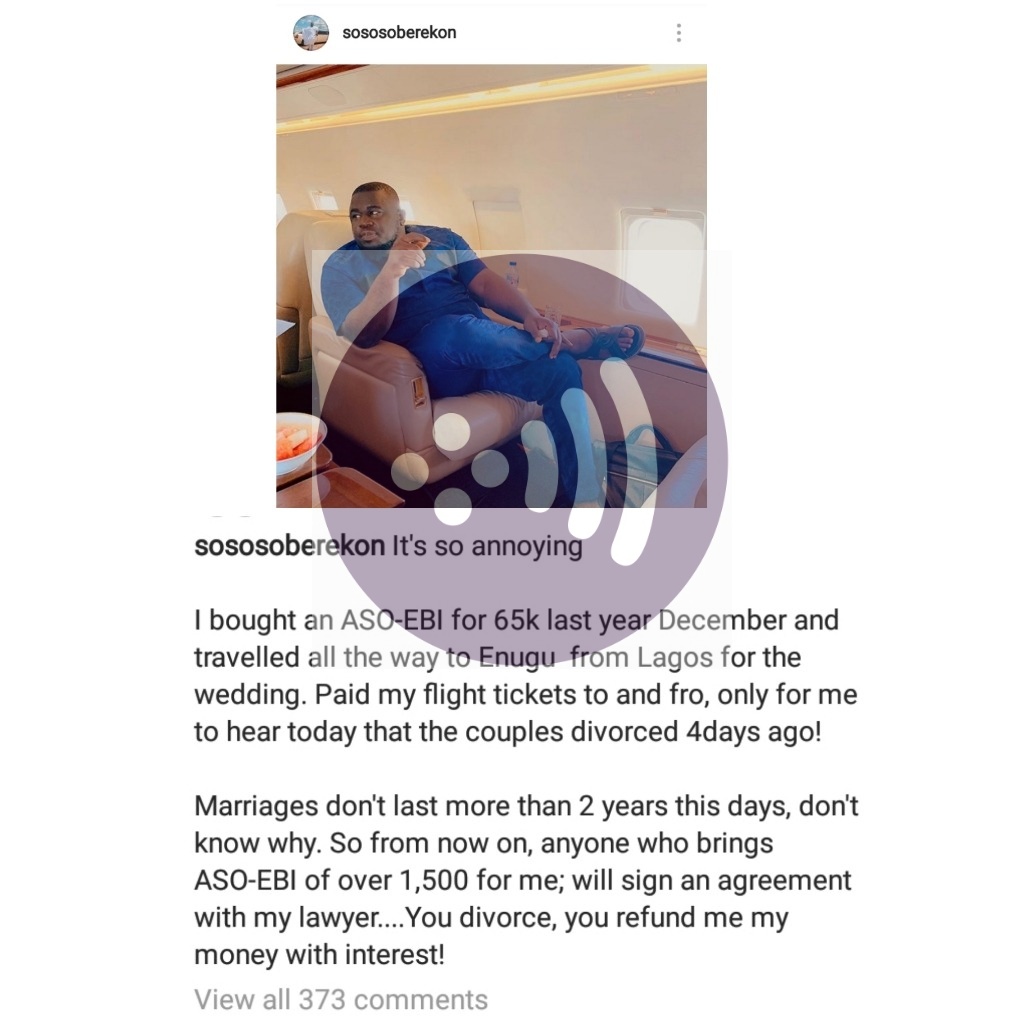 Nancy Isime remembers late mother, 24 years after she passed away