Nigerian commercial bank, Sterling Bank is set to partner with reggae dancehall singer, Cynthia Morgan as they join the entertainment industry in reviving her career. 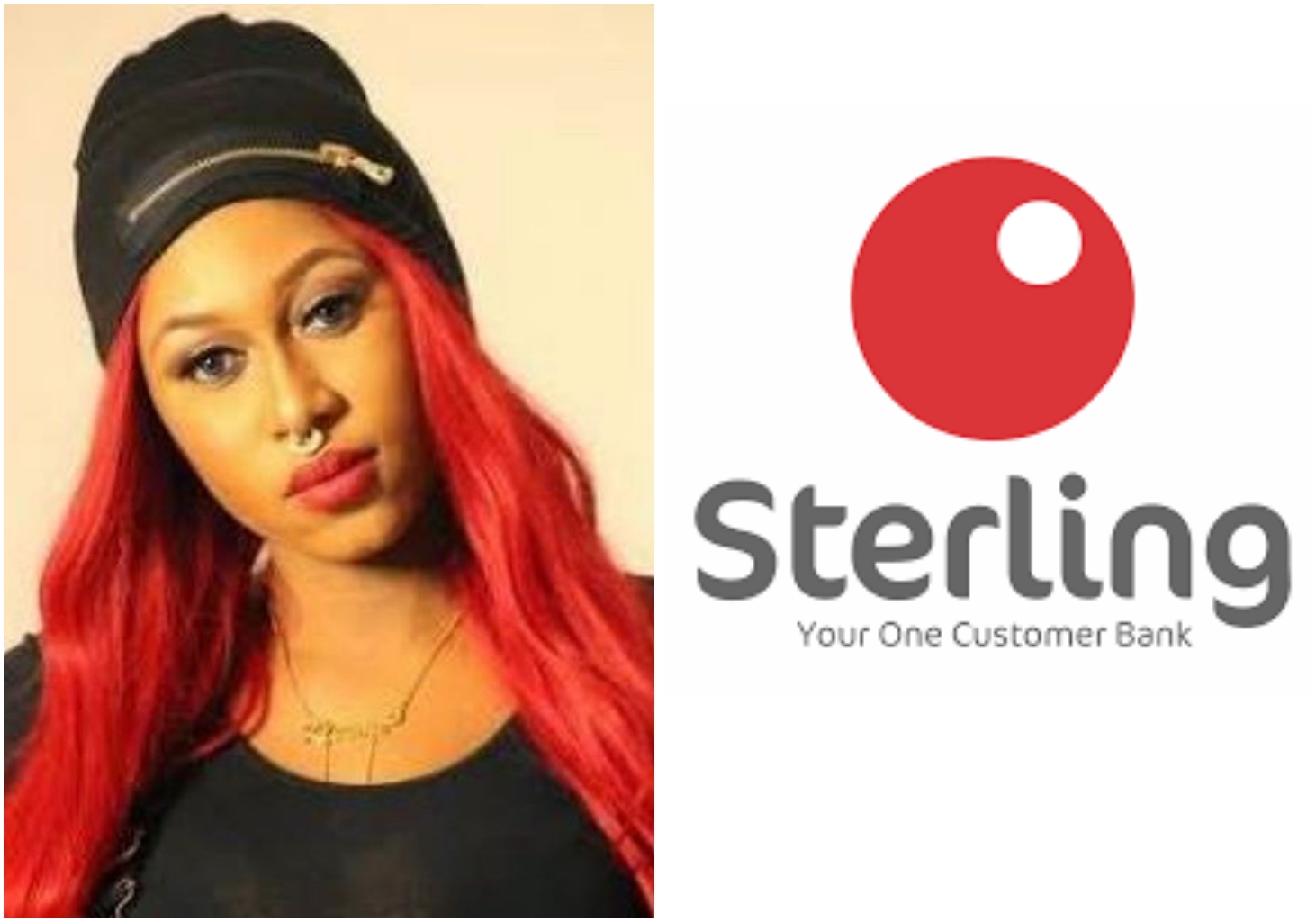 lost her name, VEVO account and other entitlements to her former record label

With top celebrities in the industry already sharing their opinions on the sad event,

Sterling Bank have joined in the work to revive her fading career.

followed her sad news, they will be hoping to work with her on their new one bank campaign.

to send a DM so as for her to get details on the new campaign that will surely fetch her cool cash. 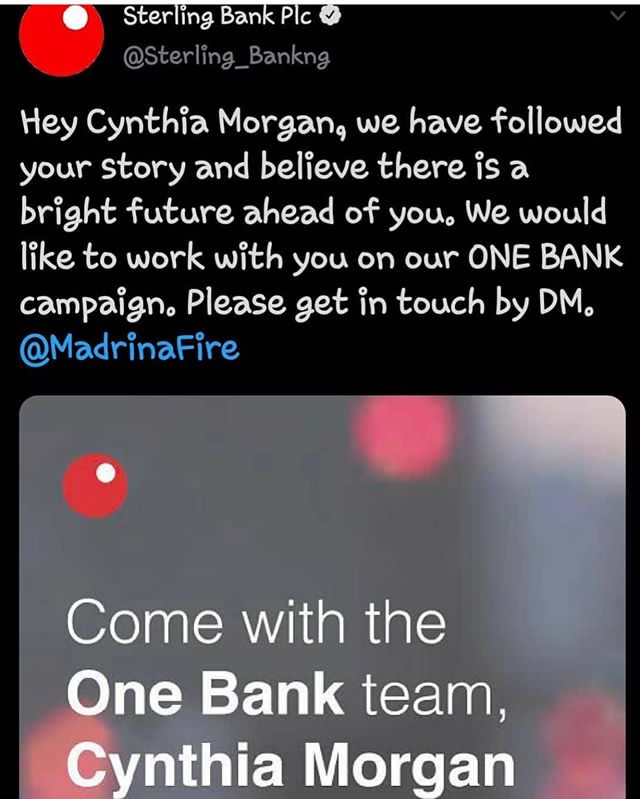 organizations have reacted to her sad story.

Afropop singer and songwriter, Davido had earlier asked her to send a DM so they can

collaborate on a hit song that take her back to the spotlight.

Though her former manager, Joy Tongo had released an official statement on how

her contract with Jude Okoye went, fans across the globe seems to have moved over the past and just want to help her revive her career.

READ
"Davido is a clout chaser, he's not helping Cynthia Morgan because he cares" – Lady