Home News ‘Karma has no deadline, you got what you deserve’ – Dino Melaye...

Dramatic Nigerian politician, Dino Melaye has once again mock the suspended EFCC boss, Ibrahim Magu as he noted that Karma has no deadline. 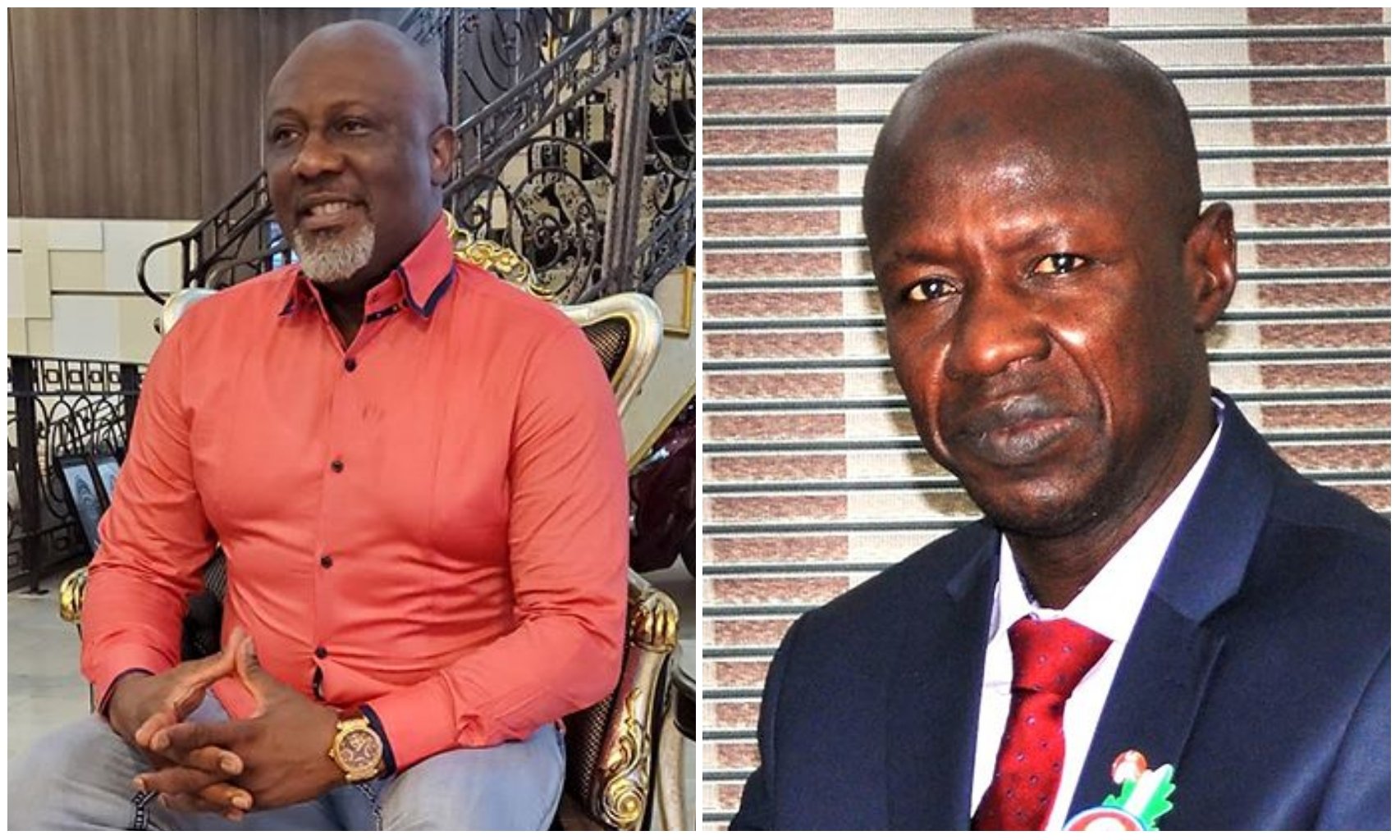 reportedly detained after he was quizzed for many hours by the

presidential panel set up to investigate the allegations of

corruption leveled against him and the agency by the Attorney General and Minister of Justice, Abubakar Malami.

Sharing a picture of himself, Dino Melaye wrote:

Its better To Stay Home now ,or CoronaVirus makes it longer – Simi