Home Entertainment “Ever since we met, the world is a happier place” – MC...

MC Galaxy is finally off the singles market.

Ever wondered how it feels to fall in love with someone special, then you need to ask MC Galaxy that question as has has finally fallen for someone special.

media took to his Instastories to share a great news with fans and followers.

MC Galaxy who could not hide how excited he is took to the social media platform to gush about the woman in his life.

According to MC Galaxy, he has never thought he would get hooked up with someone in his

as Ifunaya has changed all his orientation.

Not leaving any stone unturned, MC Galaxy added that the world has become a better

place for him ever he met her and will be hoping to spend the rest of his life with her. 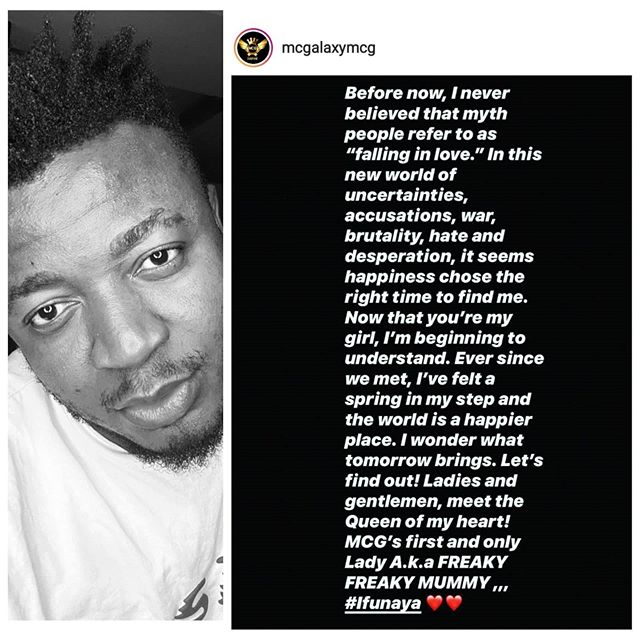 Though MC Galaxy is yet to reveal.the identity of his new found love fans will be happy he

has been able to find the woman that has the key to heart.

coming days or will make her face a mystery to fans and followers.

Actress Nathalie Emmanuel has her say on Game of Thrones