Home Entertainment BBNaija Reality star,Esther pepper them in a black see through Outfit(Photos)

The former Big Brother Naija housemates Esther pepper them in black see through Outfit at the after party of AMVCA7 recently.

Esther Olaoluwa Agunbiade is popularly known as Esther was a former BBNAIJA star. 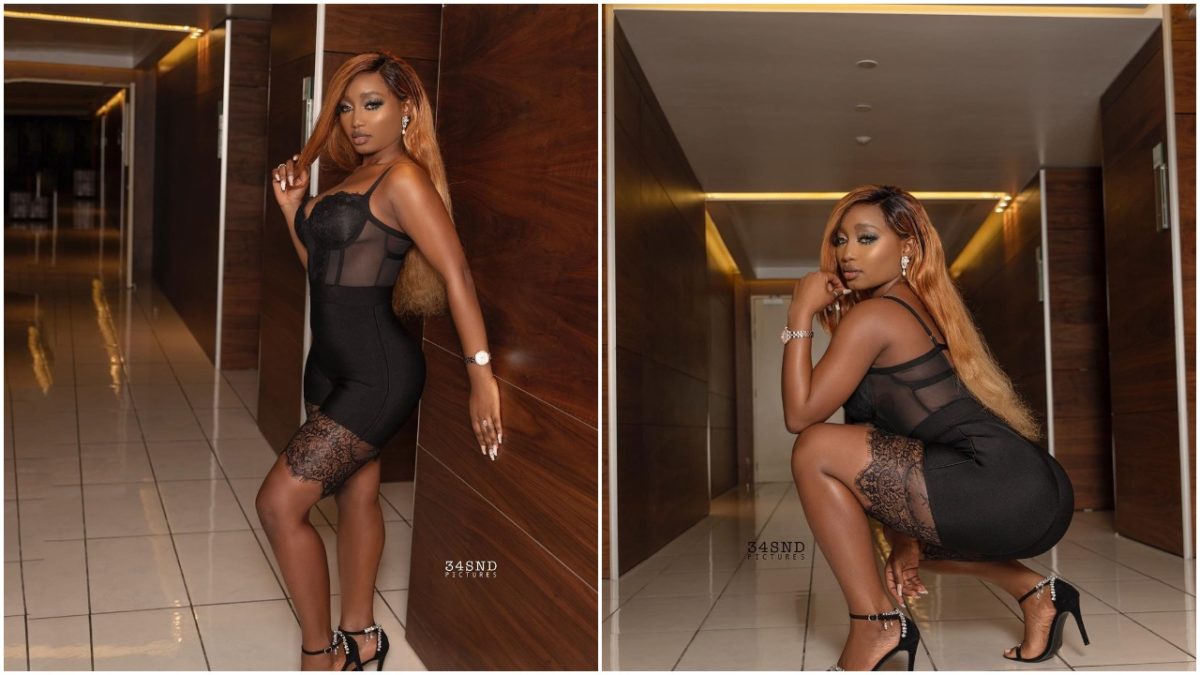 The 22-year-old Lagos based lawyer was called to the bar at just twenty-one years old.

She is proud of her beauty and brains because of her academic achievements in her young days.

She’s also very athletic and loves to show off her beauty and curves.

Queen ESTHER’S favorite outfit is a white off the shoulder, bodycon, short dress.

But the reverse is the case when she shows up in a black gown at the after party of AMVCA7.

In one of interview with her, she was asked why will her fans like her. She replied “Because I’m real, smart and sexy”

Many people do troll her because of her height and she’s very short. Though she does not want all this things to get to her.

Recently, she updates her Instagram account with a nice caption. She says “2nd look for #MartellAMVCA after party
Congrats to all the winners of the #amvca2020”

One of her fans replied “Lol. Your head is obviously devoid of any sense at all, talk more of losing it.”

“If you did have any sense you won’t leave your room in your undies loitering about. And I’m told you are a lawyer. You have no modicum of common sense.”

see more photos below as Esther pepper them in black see through Outfit:

2nd look for #MartellAMVCA after party 💃🏾. Congrats to all the winners of the #amvca2020