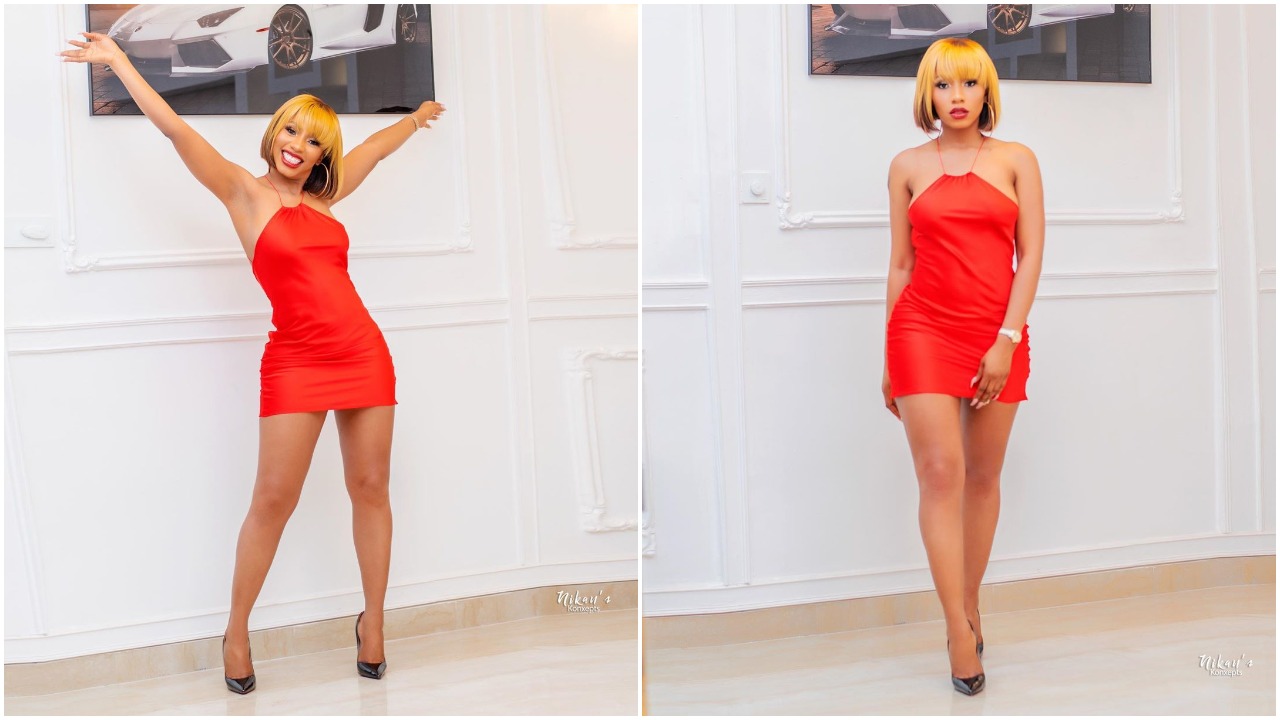 especially the faces of her rival’s fan base the titans.

Mercy currently has over 90,000 followers on Twitter compared to that of her rival Tacha 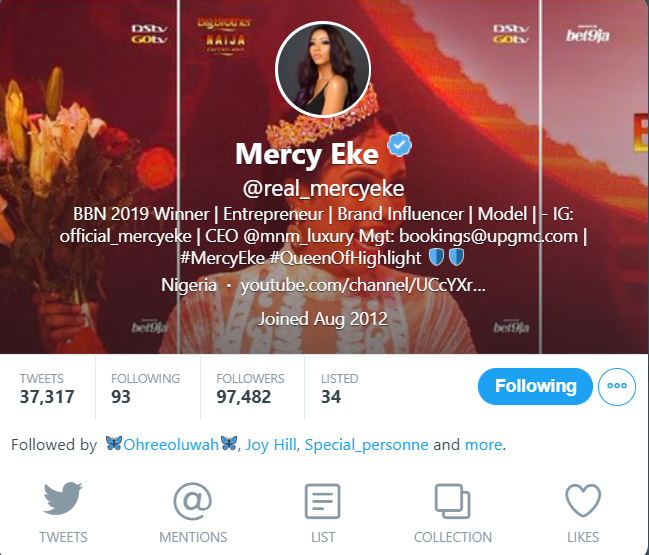 The rivalry between this two female former reality super stars seem to have no ending,

their fans have created multiple knife edge issues around them.

come for their Queen.

Who has more Endorsement Deals ,Tacha or Mercy Eke?

media platforms, its fair to say the first female Big Brother naija Winner is leading on the

reality show in Africa to bag as many endorsement deals.

Tacha on the other hand hasn’t let go of the race ,so fat while working with her former

READ
Stop it! Don't get followers, get that Money! - Toyin Lawani warns

Who has the more Influencer , tacha or Mercy Eke?

for her , they go the extra mile for her.

She is 24 and she already has a Benz C Class to her name, and her influence alone has

helped brands like house of lunettes sell out their products within hours of launching them.

😂😂😂😂
Their only bragging rights has been taken.#VerifiedMercyEke at long last. https://t.co/PYxLKjXpk9

Chai am so Happy. Just waking up login to twitter and see that@real_mercyeke was verified by @Twitter early hours of Today.#VerifiedMercyEke
💃💃💃💃💃💃💃#VerifiedMercyEke pic.twitter.com/0MXDetVssp

Adedokun Moses - May 28, 2020 0
The Italian Serie A and English Premier League will resume on June 20 and June 17 respectively after a decisive meeting among top officials. Italian...

Police reportedly at 6ix9ine’s house after he was spotted outside taking pictures for IG...

Adedokun Moses - May 10, 2020 0
The second coming of American rapper and singer, Tekashi 6ix9ine on social media is set to be cut short as police have been reported...

Adedokun Moses - October 11, 2020 0
Seems the fight against EndSars in Nigeria is getting out of control as a top talent in comedian ‘Iam De General’ have been reportedly...

Violette Johnson - August 5, 2019 0
These days this gorgeous chic seems to be slaying more than ever. Soundcity radio OAP Moet Abebe isn't shy to flaunt her "goodies" at...