Home Entertainment Actress Mimi Orjiekwe back on social media, years after her account was...

Nollywood actress, Mimi Orjiekwe is finally back on social media years after her account was hacked. 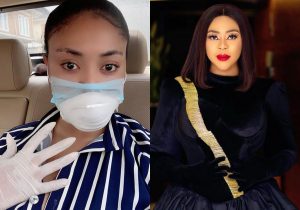 the grid in recent years and could not hold her excitement upon her arrival.

news to her millions of fans who will also be excited on her return.

Mimi Orjiekwe noted that joy has no bounds despite that she has lost a few followers.

Hey soo am glad to be back on Twitter!! @mimiorjiekweng … Wusup??

The beautiful fashionista has always been consistent in blessing the face of her followers woth some cute picture as well as dishing out some fashion goals before she was hacked.

her beauty is one of the reasons she has built a great fan base.

James Antwi - September 5, 2019 0
Growth on online music-streaming platforms is difficult unless you’re internationally recognized musician. However, there are thousands of artistes who manage to get massive streams...

James Antwi - September 11, 2019 0
A report sighted of Zimlive has it that, the burial of former Zimbabwean president, Robert Mugabe has been postponed indefinitely. The burial was earlier slated...

Olumide Oluwaseyi - April 5, 2020 0
Nigerian Reality Star Tacha has finally reacted to a statement made by Ubi Franklin  and she says You Owe People Money, Pay them , you...

#BBNAIJA: Khafi in a Glamorous gown as she prepare to Lunch her 25by25Book(photo)

Violette Johnson - November 9, 2019 0
Ex BBNaija housemate, Khafi shows up in stylish way on her Instagram as she's set to lunch her Novel. The amazing writer,keep up with her...

I just pray I survive this, Am so broken – Funke Akindele cries out...

Adedokun Moses - April 5, 2020 0
Nollywood actress, Funke Akindele cries out moment after she was arrested by the police says I just pray I survive this. Recall that the sexy...