Nigerian actress, Etinosa Idemudia has revealed that money no longer motivates her like before.

The beautiful actress took to her Instagram story to reveal that when she had no money, money was a motivation to her but now that she has excess money, it no longer motivates her. 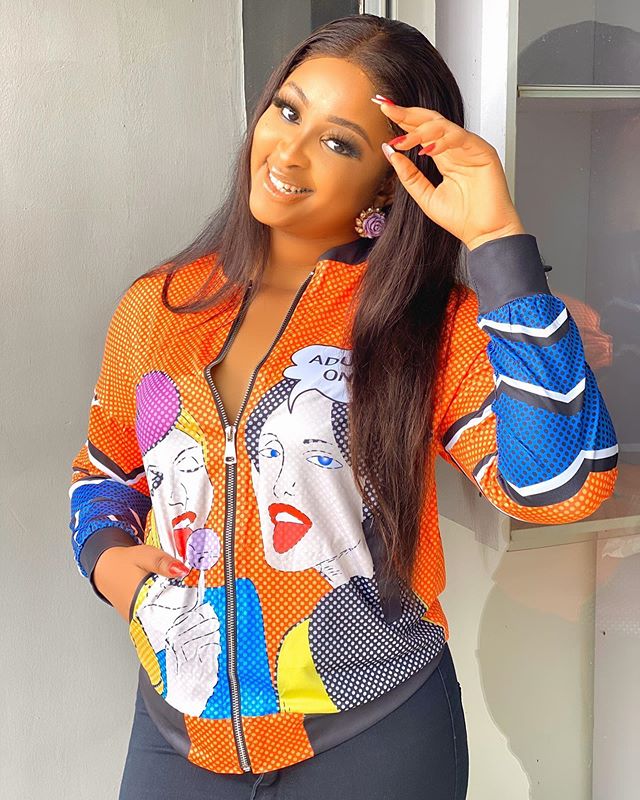 She also went further to place a question as she asked billionaires what motivates them asides money.

The actress who recently opened up about her ex-husband stated that when she caught him cheating, she saw him with a condom and he claimed it was a friend that asked him to keep it. 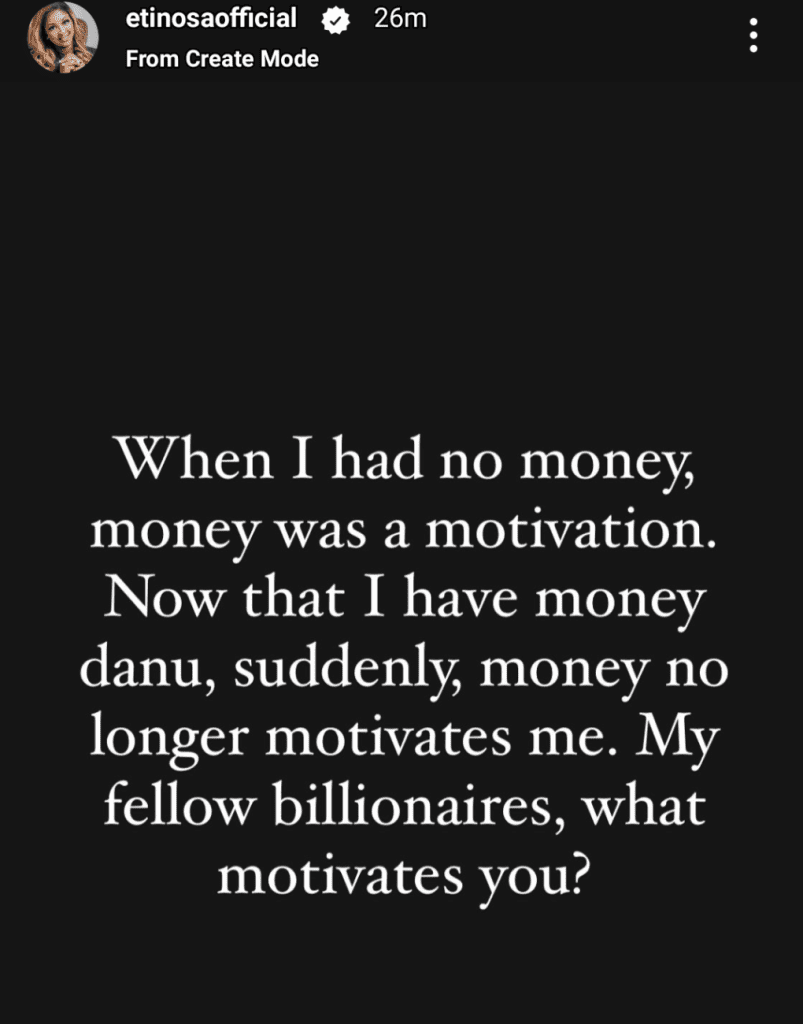 Toyin Lawani brags about her son, “if you have 6 daughters he will give them all”