Home Sports How to win a motorcycle with 1xBet – Success stories

Big prizes and vivid emotions – this is how the Africa Cup of Nations was remembered for many Nigerians. 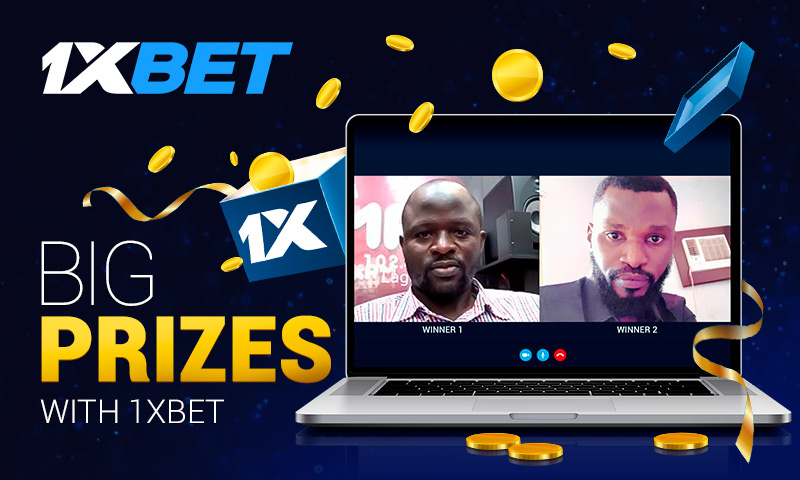 During this tournament, leading bookmaker 1xBet launched a promotion that saw dozens of players become proud owners of modern motorcycles.

How did this become possible? The winners of the promo talk about how they managed to win motorcycles without much effort:

“My name is Moses Alexander. I am a YouTube blogger, but in my free time I like to bet on 1xBet. During the Africa Cup, I made only one bet on the match of the Nigeria national team, and this was enough to win.

A representative of 1xBet contacted me and said that I won a prize. At first I thought that they were kidding me. It turned out to be true! It’s just fantastic, I have never won such a big prize before, ”said one of the winners.

another participant of the promo, has a similar story -. He made only one bet, but that was also all that was needed for him to become the owner of a motorcycle.

“I live in Lagos, I work as a business administrator. I love football and sometimes bet.

During the Africa Cup I put on the winner of the tournament. When I found out that I won a motorcycle, I was very happy. I had to learn to ride a motorcycle, because before I did not have this type of transport. Such a prize is very useful in everyday life, it helps to get to work faster.

After winning the promotion from 1xBet, I can say for sure that I will continue to bet on football, ” declared Taiwo.

If you believe in luck, then the victory will be yours. So says one of the winners, who wished to remain anonymous.

He says: “I made one bet on the Africa Cup, I just don’t remember which one. But I was sure of my victory, because I’ve always been lucky. So I was waiting for the announcement of the winners, then a guy from 1xBet called me and said that I won the motorcycle. ”

These amazing stories once again confirm that sometimes luck is somewhere nearby, and you can also become the owner of a motorcycle without any effort.

One bet on a match made these guys ecstatic.

Perhaps next time good luck and prizes are waiting for you?

Looks like Nancy Isime boobs are getting bigger in the gym