Ex-BBNaija star and Athlete, Mike Edwards celebrates as he makes history at the ongoing commonwealth Games.

Though missing out on earning a medal, Mike Edwards felt so blessed to finally represent Nigeria and the entire African continent at the 22nd edition of the commonwealth Games. 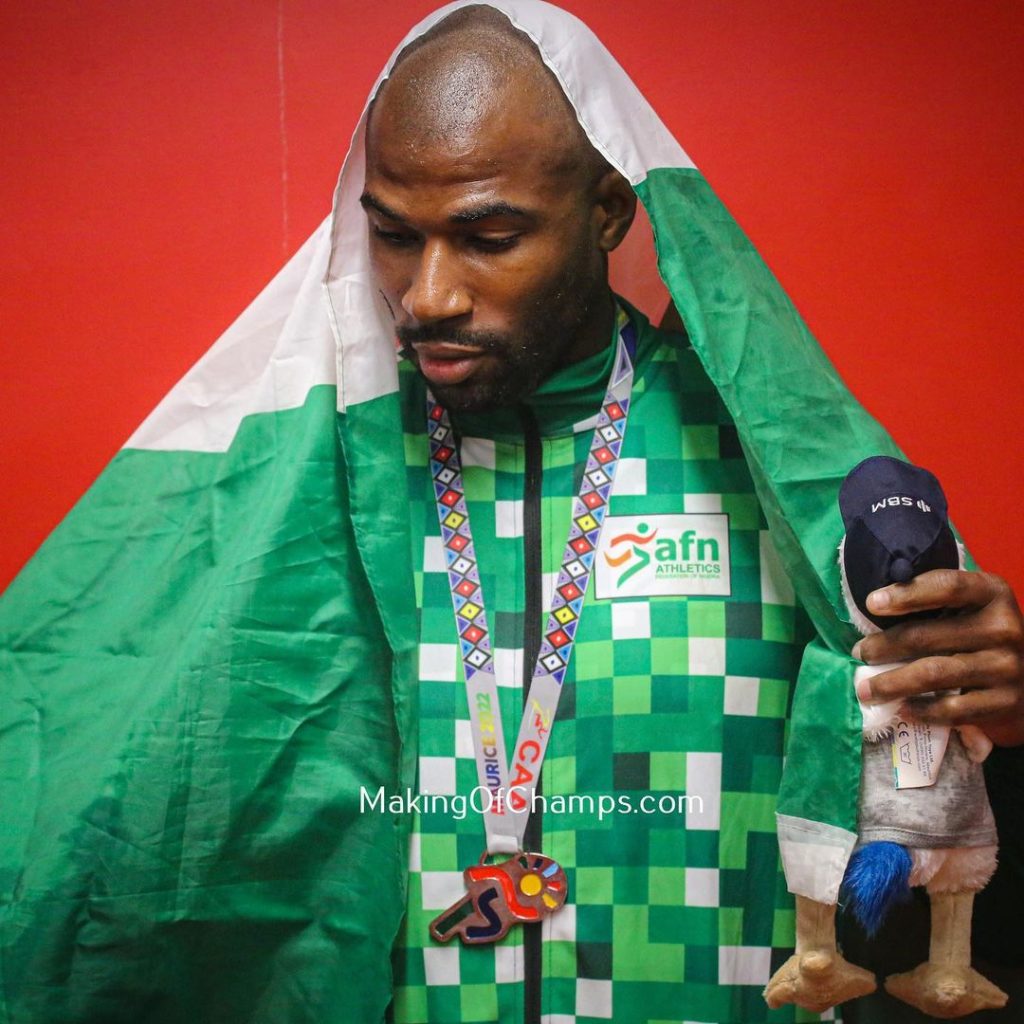 The reality star took part in the men’s high jump final at the event in Birmingham, Uk, Jumping at a height of 2.19m. He came 6th at the commonwealth Games.

Mike who was so excited about this achievement took to social media to share a video of the event.

Mike has so much to be delighted about as he was the flag bearer for Nigeria at this commonwealth Games.

Talking about BBNaija stars, Angel Smith opens up about her worst fear in marriage (read it here)