Ghanaian Singer Kidi who recently released an album and movie together has explained his picture with Fella Makafui that went viral after his sugar movie launch. 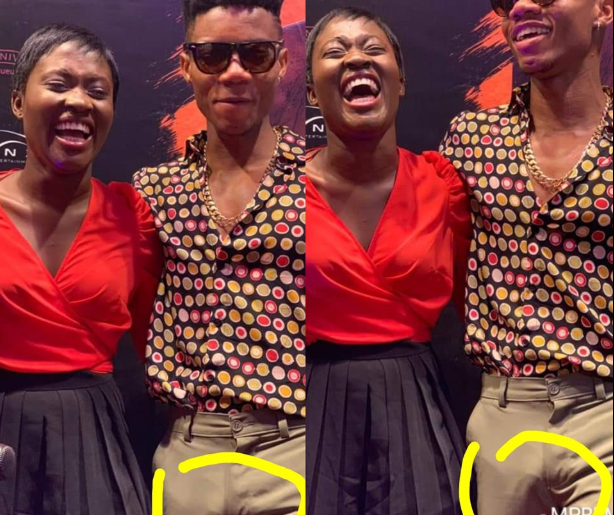 He stated that his dick wasn’t up but he had tight pants on that’s why his male organ had pointed out.

He added that there were so many people around and so much going on which made it virtually impossible for him to have bad thoughts, before he realized the picture had already been taken and trending.