Nkechi Blessing has a word for her haters as she shades the bad belle people hours after partying with her new lover.

The controversial actress took to her Instagram to share a picture of herself as she declared that she will continue to choose herself over anyone else. 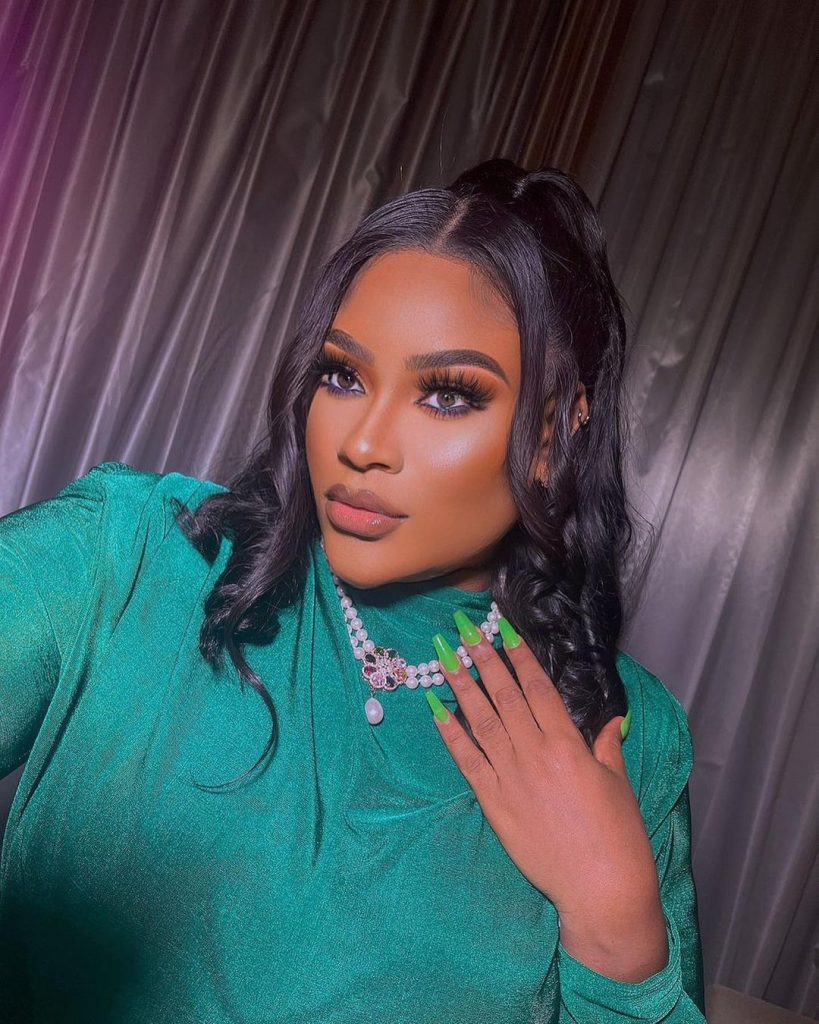 Nkechi also used this opportunity to slam her haters as she revealed they would rather have her depressed and miserable than see her live her best life.

The actress has been flaunting her new man despite backlash from Nigerians, as many have slammed her for moving on too quickly to another man, months after she ended her relationship with her ex-boyfriend.

Not giving a care in the world she shared a video of her kissing her new boyfriend passionately which stirred a lot of reaction from Nigerians.

Meanwhile, Fans react as singer, Portable gets a new tattoo on his face (watch it here)

Busola Dakolo is radiating nothing but love

So, Moyo Lawal has some words strictly for the guys…