Singer, Flavour’s baby mama, Anna Ebiere has left us teary with the emotional message she penned down to her little girl.

The beautiful actress took to her Instagram page to celebrate her daughter as she turns seven today, August 1st.

The actress who was so emotional penned down sweet words to her daughter as she reveals how far they have come together. 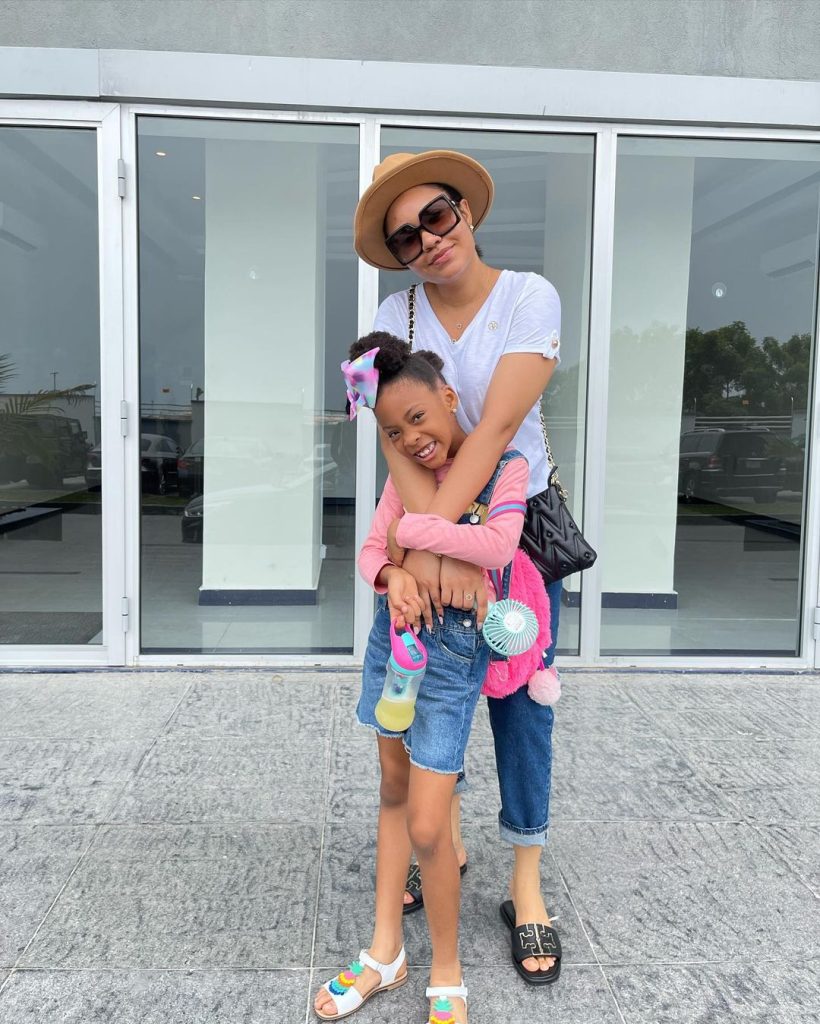 She also thanked God for her daughter’s life as she claimed she is still in awe of God’s favor and grace over their lives.

The mother also didn’t forget to give the African mother vibes as she showered prayers on her daughter.

The actress who recounted her battle with depression revealed how she was caged for 6 years and how she continued putting up a smiling face despite battling depression.

Anna also revealed she contemplated committing suicide during all those times and how she had to celebrate her daughter’s birthdays with sadness.

We thank God that things are now working perfectly for the actress and we pray she gets to live a happy life.

Don’t be the reason someone ends it all – Nigerian Actress, Omoni Oboli gives her two cents