Home Entertainment I will rather go to jail– Fans reply DJ Cuppy after offering...

Popular disk jockey and singer, DJ Cuppy has ignited the wrath of some of fans on social media as she decided to welcome them to a new day with a kiss.

sometimes she goes far when she wants to please them and end up at the receiving end.

offer in the past few days but have now been trolled for going too far.

Sharing a cute and adorable pictures of herself on bed, DJ Cuppy gave her fans and

However, the ‘Gelato’ crooner was shocked by some fans who seems not ready for her

kiss as they replied her kind gesture in a way no one would have never expected.

According to a fans, he would rather go to jail than kiss the daughter of Nigeria

entrepreneur, Femi Otedola while others poke fun at her lips.

See how far reacted to her picture below: 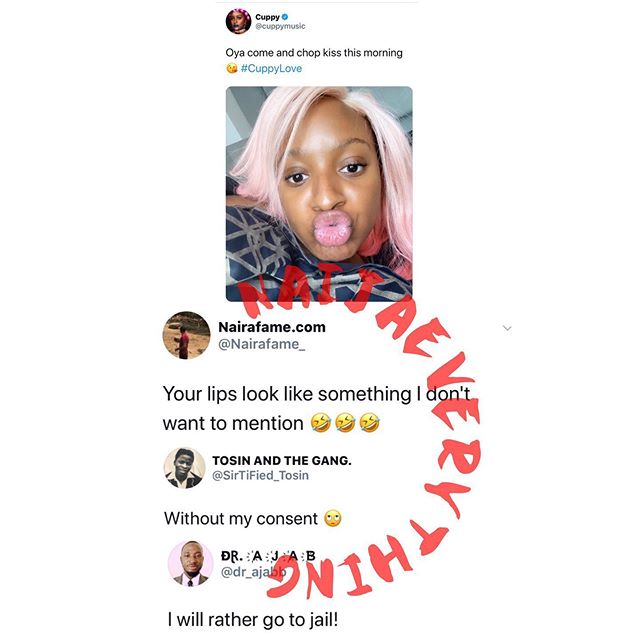 DJ Cuppy will be eager to get herself a man this year, a man that would love to kiss her every blessed day.

lovers which include Davido’s manager, Asa Asika, former Everton forward, Victor Anichebe and others she has dated in the past.

Ubi Franklin Recounts How He Nearly Ended His Life In 2017