Actress Nkechi Blessing has kickstart the pre-order of her waist trainer, Nkechi’s Secret just hours after she sold the first set. 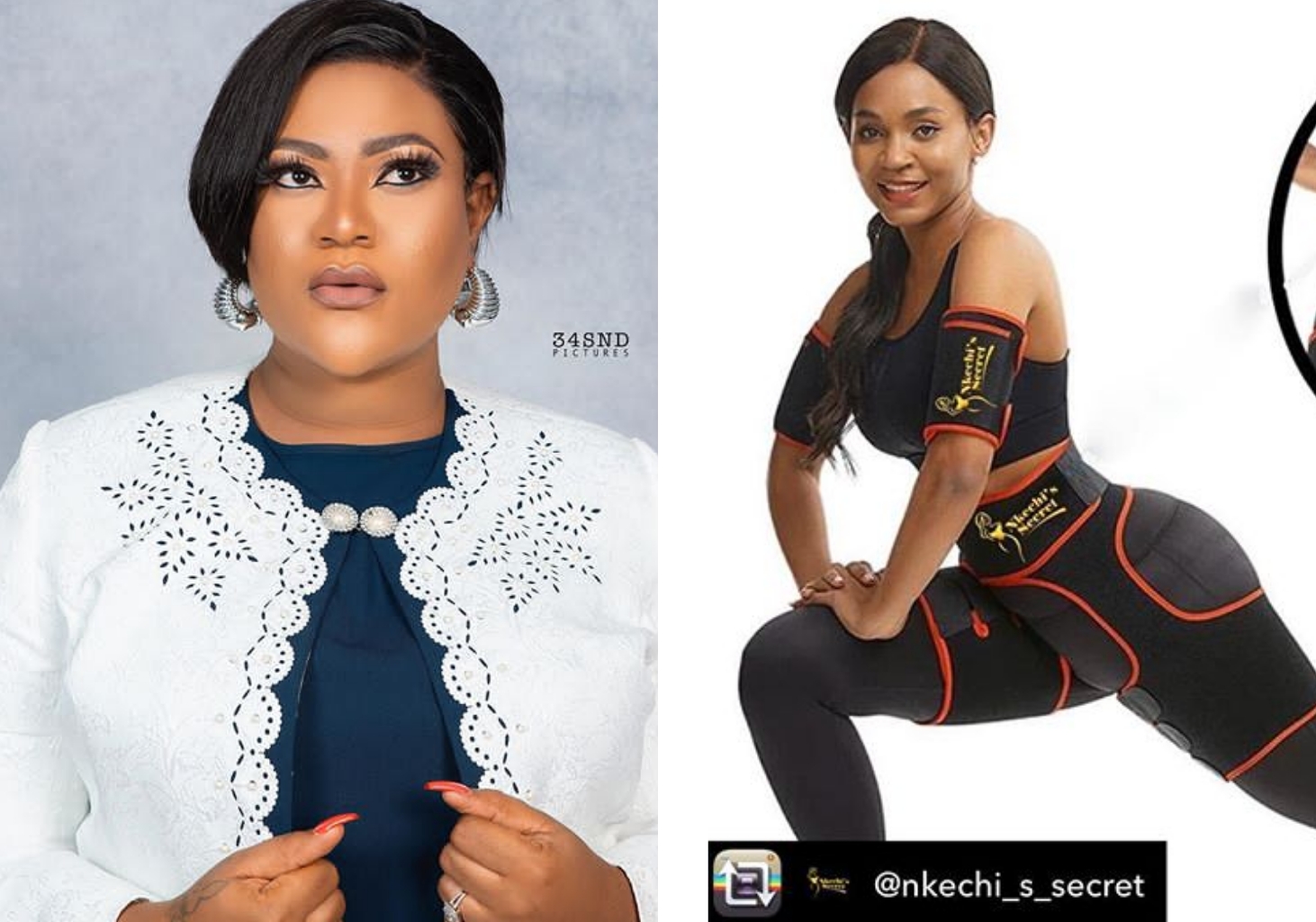 of her waist trainer, Nkechi’s Secret which she launched yesterday.

page to patronize her, in the process buying all her stocks in less than an hour.

pre-order for their waist trainer that will be received immediately after lockdown.

She posted on IG

Repost from @nkechi_s_secret using @RepostRegramApp – Thigh,tummy and Arm belt Available on Pre order✌️ order Now and get after Lockdown ….Getting you that banging body is my utmost priority 😍😍 Order using our WhatsApp Number 0904 292 0078!!! #nkechisecret #getwaisted #snatched

Nkechi Blessing and her former employee, Deshapeables have been dragging

themselves on social media ever since she annouced the launch of her personal brand.

Nkechi Blessing has also responded by shading her via some series of post on social media as the drama continue.

shows how far she has gone in the business world.

Nkechi Blessing has been representing the brand for a while now before their relationship hit the rock.

The sexy diva has already started the year in a great was as she has been signing endorsement deal with some other brands except Deshapeables.

#EndSars: “My mum stopped me from protesting” – Naira Marley (Video)