Home Entertainment “No human should be killed in broad daylight” – Kora Obidi joins...

Popular Us-based Nigerian dancer, Kora Obidi has joined the protest against the killing of George Floyd by a white police officer, Derek Chauvin. 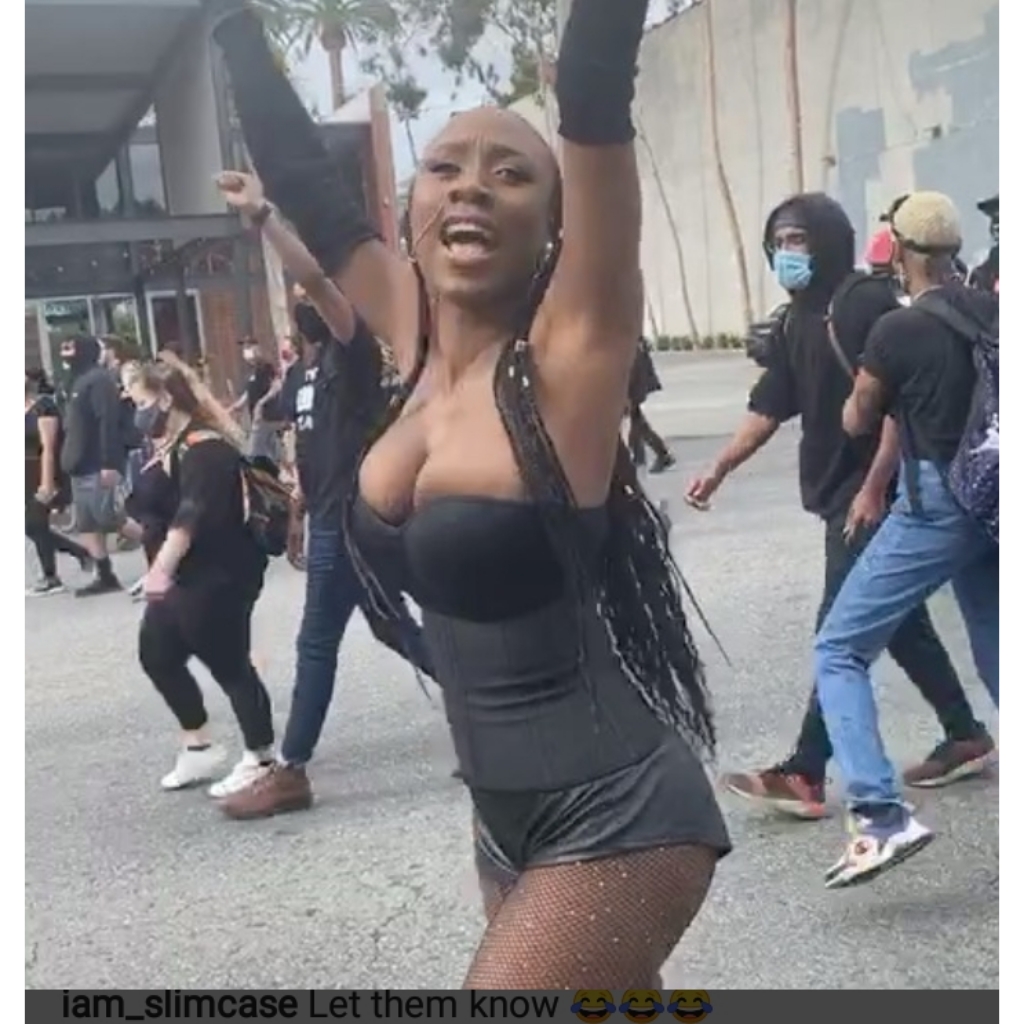 America as citizens storm out in large numbers to make their opinions known.

California to vent out her frustration alongside a large number of protesters.

occuring at this time.

She captioned the video with a message that reads:

“No human being should be murdered in broad day light by another.
#blacklivesmatter #justiceforgeorgefloyd #lariots #antiracism”

Watch video of Kora Obidi protesting against the death of George Floyd below:

No human being should be murdered in broad day light by another. #blacklivesmatter #justiceforgeorgefloyd #lariots #antiracism

been arrested and charged with murder.

media saw him pinning down the deceased even after he has been handcuffed.

Racism which they all claim is killing more than the deadly pandemic Coronavirus.