Congratulations are in order as the Nollywood actor Nosa rex acquires a brand new Lexus worth millions of naira.

The actor who recently acquired a Multi-Million naira Mansion in Lagos has added another one to his collection of properties.

Nosa Rex, bought himself the Lexus to celebrate his achievements in the movie Industry. His fans and supporters have stormed his comment section to congratulate him.

His colleagues have also taken to their keypads to congratulate him as well for his latest achievements.

The actor has been in a celebratory mode as he earlier marked his wedding anniversary on August 22, 2022.

His wife also came out to brag a little as she stated that they paid the money of the Mansion in full.

Congratulations to the actor on his latest achievement.

Meanwhile, Nollywood actress, Empress Njamah stirs reactions as she steps out in a red outfit, weeks after Ada Ameh’s burial (read it here) 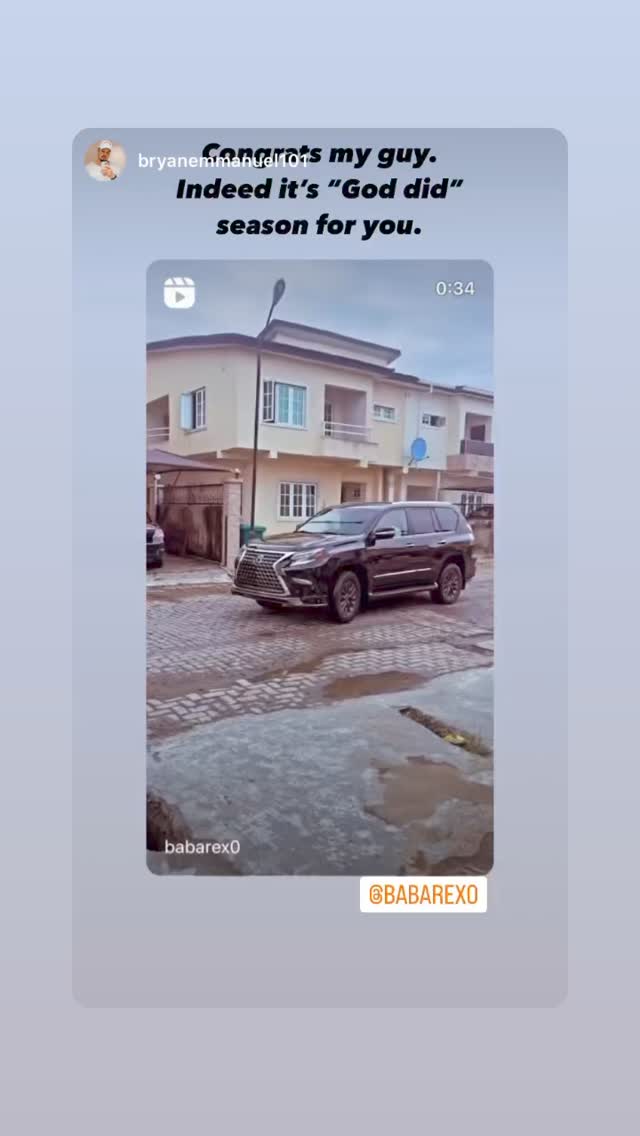 I am Scared – Cardi B reacts to CoronaVirus Outbreak Worldwide (Video)