The actress has revealed more fresh chats of Shan George following her ongoing drama with the man of God, Apostle Suleman.

It can be recalled that the drama between Apostle Suleman and Halima Abubakar started in June when a faceless blog, Gistlover disclosed that the actress was in a relationship with the man of God, who is allegedly fetish.

Gistlover disclosed numerous secrets and identities involved with the Apostle, following the revelations, Halima Abubakar took to her Instagram page to confirm the affair.

The actress who stirred the pot a little revealed that if she decides to speak there would be a disaster.

Following this news, some actresses came out to support the man of God, Apostle Suleman and one of his greatest supporters was Shan George as she was quick to slam Halima Abubakar.

The post showed the alleged conversation between Shan George and another person who urged the former to contact Halima via a phone call instead of a home visit.

Shan George in turn expressed her fear of being recorded by a raging Halima Abubakar, who warned the actress about her next move. 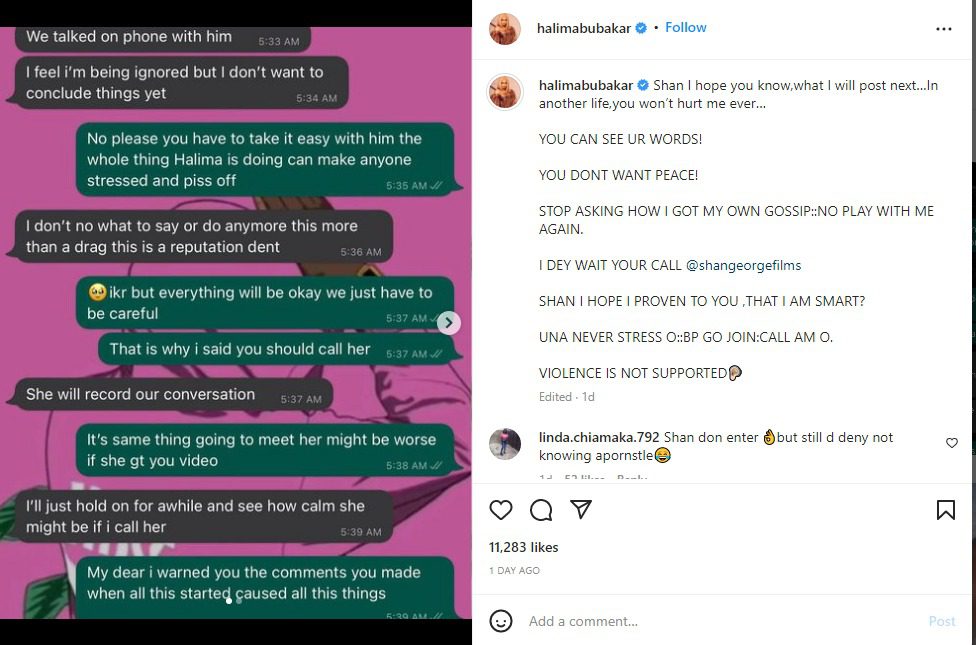