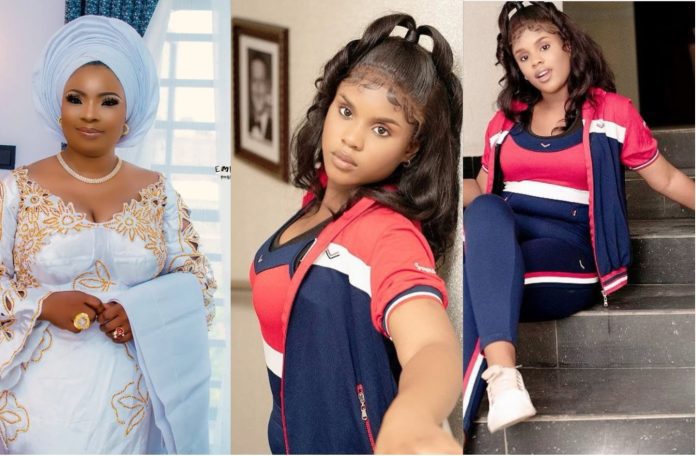 Nollywood actress, Laide Bakare is definitely proud of her daughter as she clocks a new age today, September 3rd.

The beautiful actress who has been anticipating her daughter’s birthday took to her Instagram page to celebrate her.

Sharing photos of her beautiful daughter, Laide recounted her prayers to God on her 25th birthday.

She stated that she asked God to give her a daughter rather than a husband and God did that for her.

Laide also revealed that her daughter’s birthday wish was for everyone to follow her social media accounts.

Recalling that the actress’s daughter has also debuted as an actress and even opened her own business.