Paul Okoye of the defunct P-square group is a proud father that is not taking the adventure of fatherhood for granted. 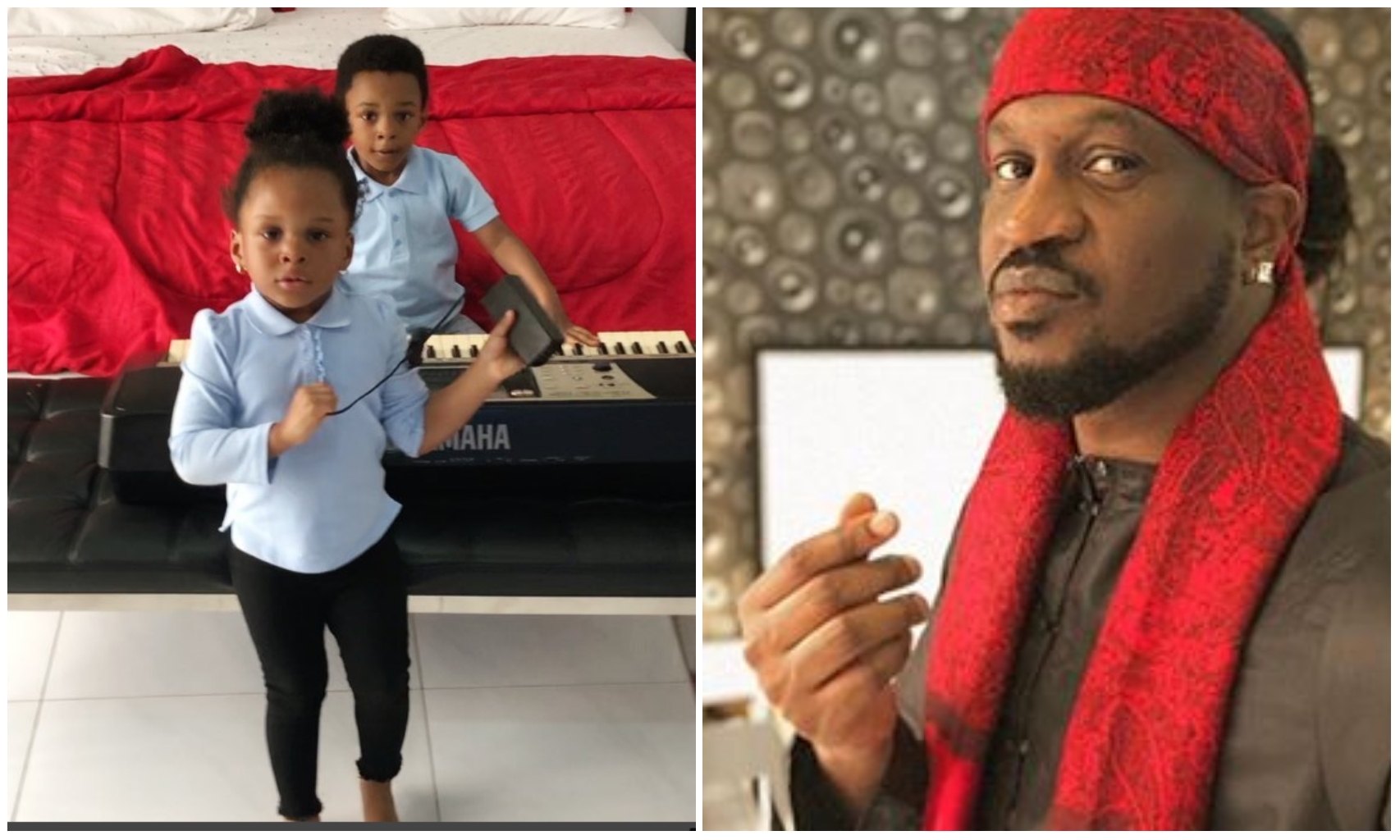 The talented singer and songwriter who have always been consistent in showing the world how much he loves and cherish his kids have shown fans how talented they are when it comes to singing.

With top footballers known for putting their kids in a football academy so they can continue from where they left, Paul Okoye popularly known as Rude Boy have nothing to fear about as his kids seems to have inherited some of his talents.

Rude Boy shared a video of his son amd daughter giving the family a live performance on stage as they showcase how talented and blessed they are.

The children could be seen in the video performing different roles as his daughter was the lead singer while Rude Boy’s son was the pianists as well as back up singer.

Rude Boy who could not hide how blessed he his captioned the video with an heartfelt message that showed how grateful he his for the amazing kids God has blessed him with.

Watch video of Rude Boy’s children showcasing their talents below:

Despite that the relationship between Rude Boy and his twin brother, Mr P have gone sour after they depart he would be thankful he has not lost him to Coronavirus.

Mr P some hours ago revealed how he, his wife and daughter tested positive for the deadly virus, a news thay shocked the whole industry.