Controversial Ghanaian actress Princess  Shyngle has finally revealed the mysterious boyfriend she has been expressing love for on social media. 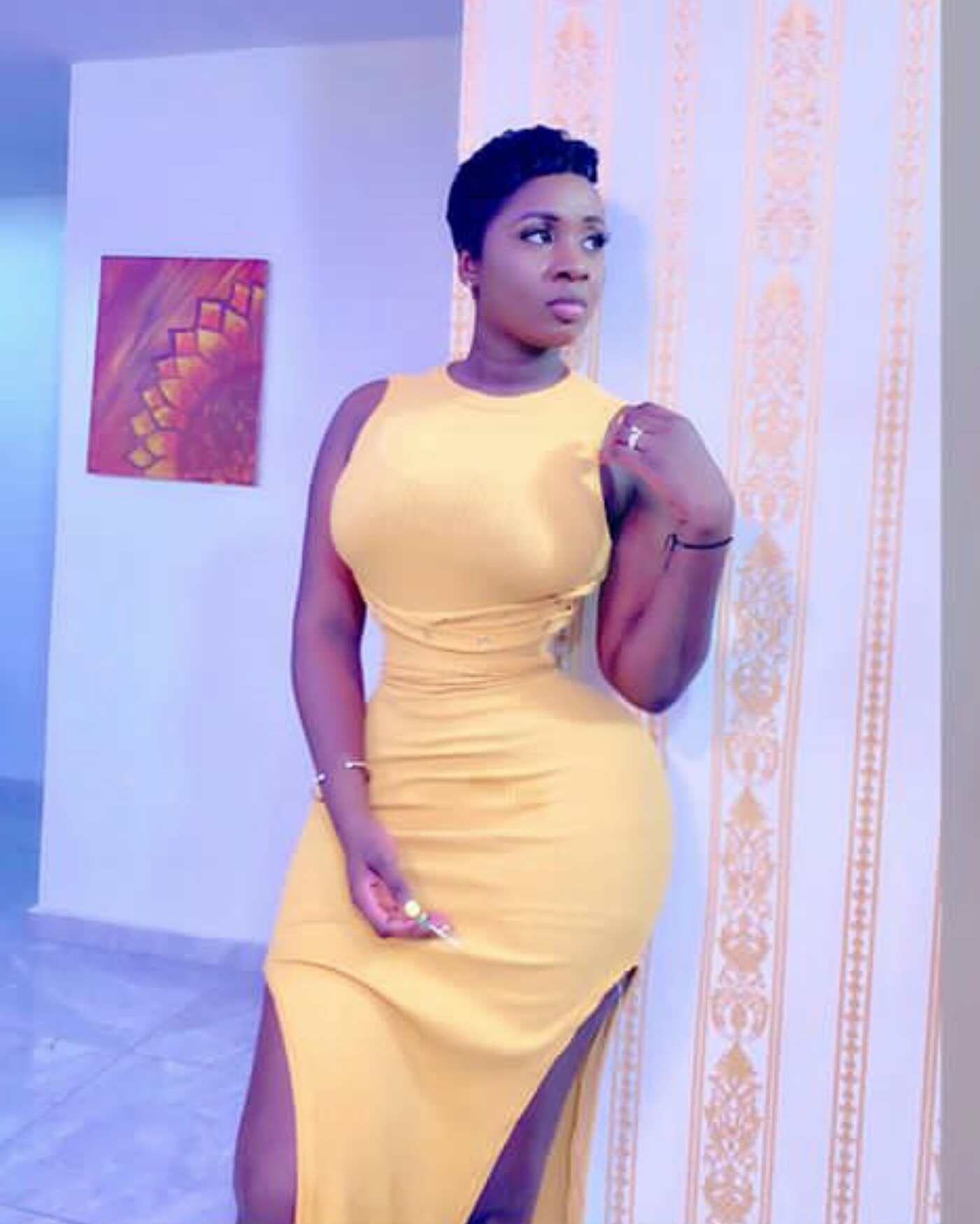 The curvy actress appears to be head over heels for her supposed boyfriend.

Princess Shyngle who is well known for her very tiny waist revealed a shirtless photo of her new love and hid his face via an Instagram post. 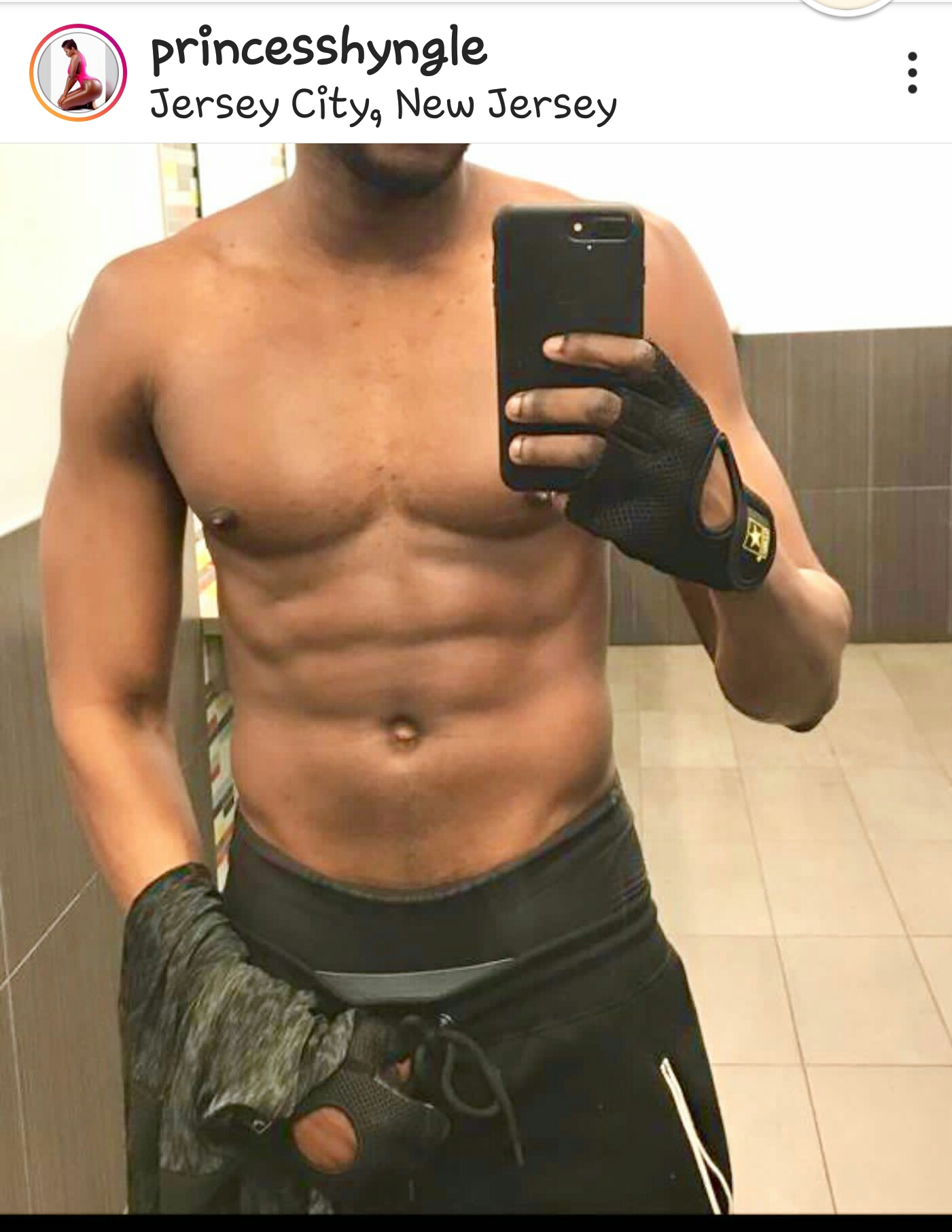 She expressed her emotions for her mysterious boyfriend whose name was privided as Frederic. The caption read
“All mineeeeeeee I love my chocolate very very dark my man is a whole snack I love you so much Frederic, owner of my heart my total package I doubt I’m ever leaving America oh” 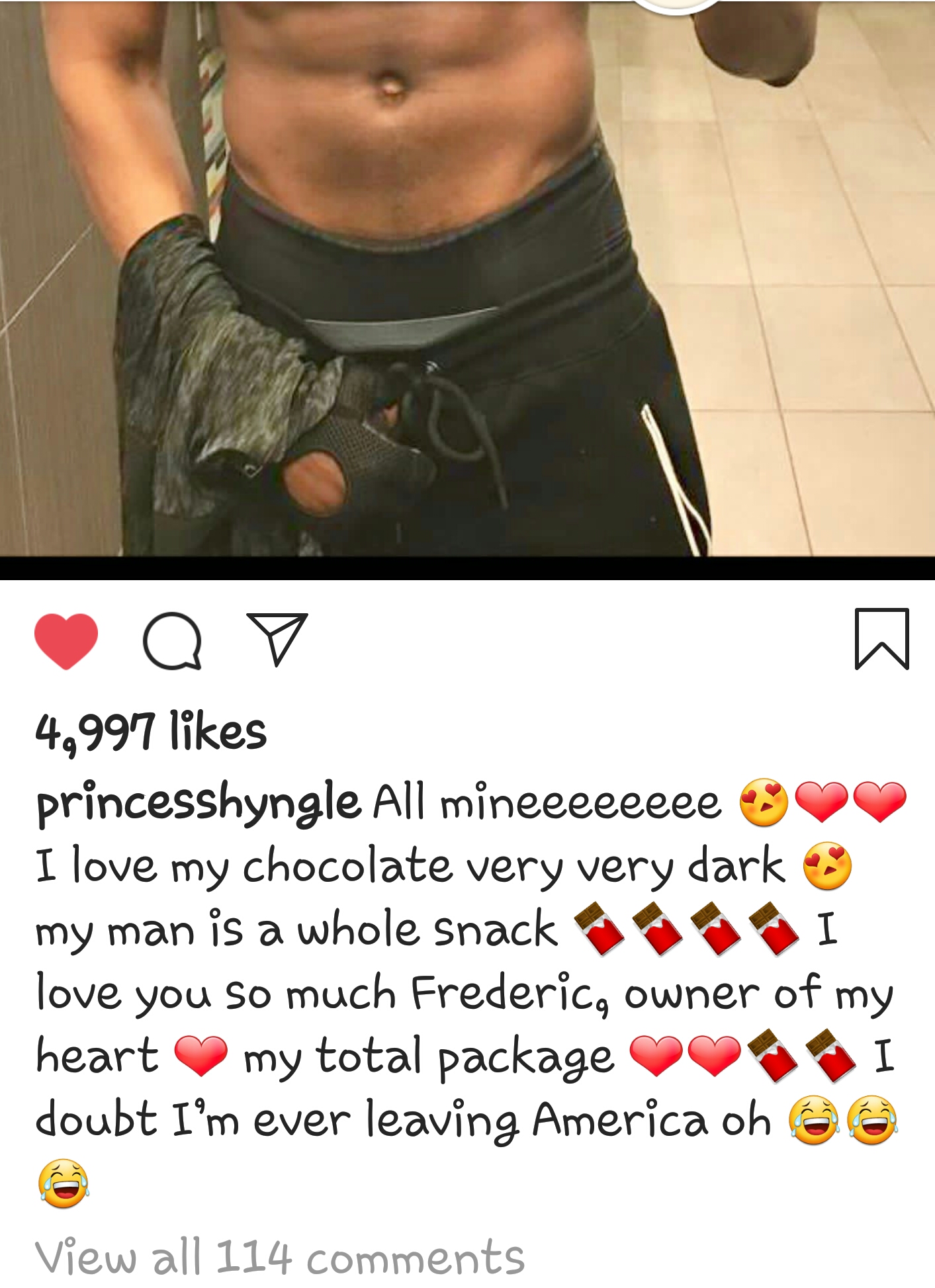