Home Entertainment “I’m getting the “D” on a steady” – Nkechi Blessing boast of...

Curvy and endowed Nollywood actress, Nkechi Blessing has hailed her mystery boyfriend for serving her hot d!!ck during this lockdown period. 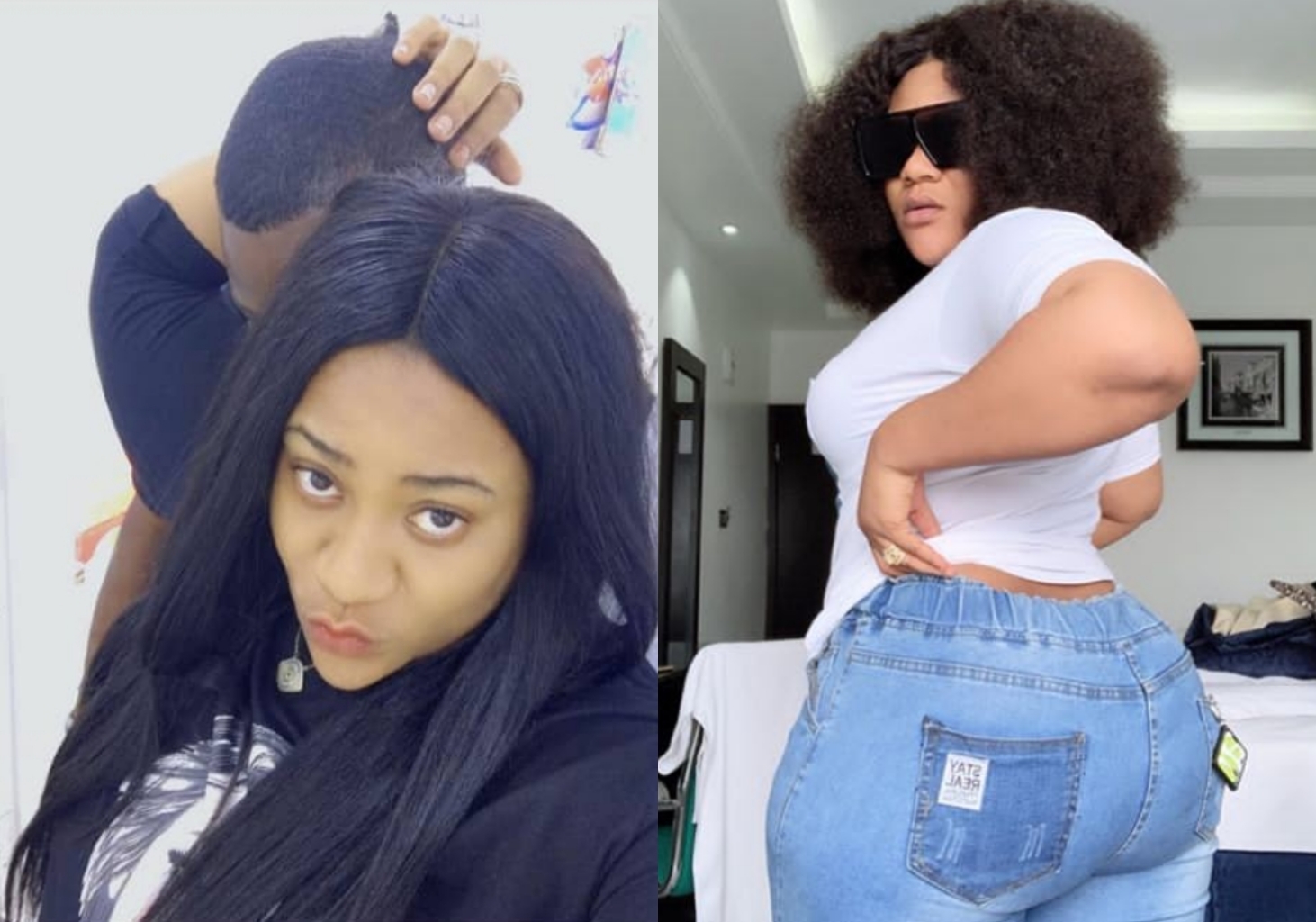 boyfriend who celebrated his birthday but hid his face from the world.

Instastories to hail the impact the mystery boyfriend is having in her sexual life.

According to the sexy and endowed actress, some ladies might be complaining

as her man have been doing wonders. 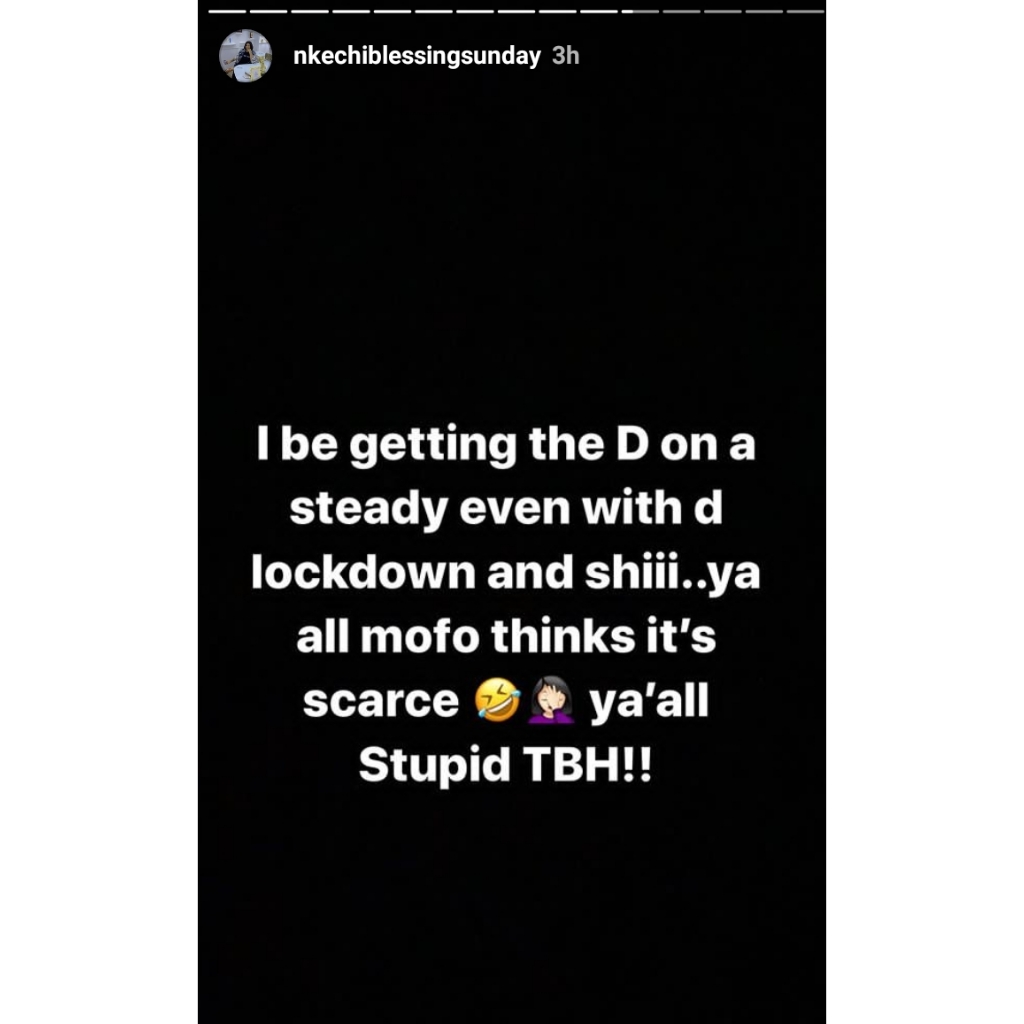 Fans will however be hopeful Nkechi Blessing unveil the face of her mystery boyfriend that have been doing wonders in her life.

just months after she started flaunting him on social media.

Seems the star actress have learnt from the experience and will continue to hide the face of her boyfriend from the media.

I Will Remain A Side Chick To My Sugar Daddy Rather Than Marry This Broke, Fine Lagos Boys – Bobrisky