In his usual bold mood, the black rapper & business mogul claimed that Chris Brown is actually better than the late King of Pop Michael Jackson. “All I’m saying is I never seen MJ come out like this,” he said in a post on social media. But MJ’s daughter Paris Jackson was quick to shut him down. The 21-year-old model popped up in the comments to school 50 on her father’s legacy. 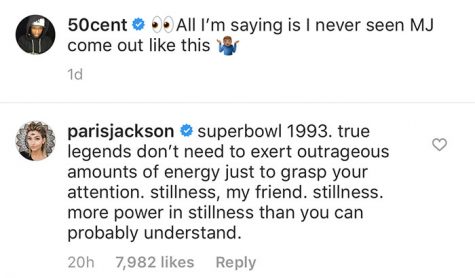 Paris also made it clear that she wasn’t taking shots at Breezy. “I say this with zero shade to Chris, i love him dearly. this is just for you 50,” she added in a separate comment.