Home Entertainment Ronke Oshodi believes Nollywood is not to be blamed for failed Marriages...

Celebrated Nigerian actress, Ronke Ojo but mostly refered to as Ronke Oshodi has in her latest interview added her voice to the issue of destruction of marriages among Nigerian celebrities. 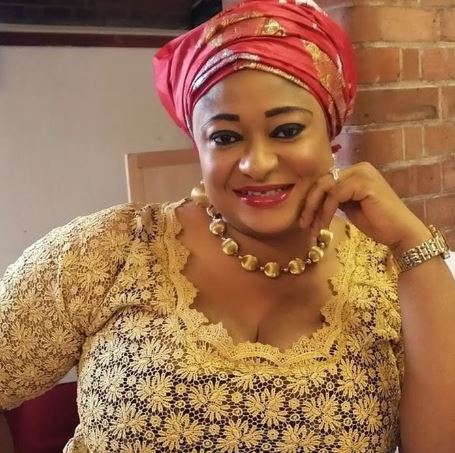 Recently, there has been a high rate of divorce among Nollywood celebrities and Ronke Oshodi has disagreed with assertions that celebrities’ involvement in Nollywood is the cause of the destruction of their marriages.

“There is nobody that is insulated from what’s happening in the society at large. Generally, there are many marriages that don’t last. I have seen someone that was married for just two years and she left the marriage. It is not because one is an actress or an actor that one’s marriage would scatter; it is because that’s what is ‘reigning’ for now.”

The 46-year old actress added that true love was the main ingredient that sustained a marriage.

“It takes true love for anybody to remain in a marriage when the two partners no longer have feelings for each other.”

With regards to promiscuous  celebrities she opined that, “People who do such things would still do it even if they weren’t in the industry. It is because that is who they are. Even if they are in another industry, they would act that way. The president once said that Nigerian youths are lazy. And that’s because everybody, including me, wants free money. Everyone wants to reap from where they didn’t labour.”

She later stressed that currently, majority  of people are only joining the showbiz industry due to the unavailability of jobs.

“I wouldn’t say there are some things I don’t like about the industry because there are no jobs in Nigeria and this is the only opportunity many people have. I would have said the way people are coming into the industry is not the way they are supposed to, but people are just trying to make ends meet. We really cannot blame anybody. There are lawyers, doctors, engineers and other professionals among us who are supposed to be working in other fields. But when jobs are not forthcoming, they have no choice but to join Nollywood. Though I personally don’t like it, there is really nothing we can do about it.”