Home Entertainment So many youths are begging me to be their friends –...

Popular cross-dresser, James Brown have stated that many youths in the country are begging to be his friend but he neglected them due to some reasons.

Talking of controversies, James Brown have not been shy in causing one on social

media and just as he aims to become number one cross-dresser in the country,

he wants to do it without the youths.

youths are flocking around him just because they want friendship that

he’s not ready to offer.

According to the male barbie, he would rather walk with people older than him

because he can learn more from them than the so called youths who are getting carried away easily.

make her fans base decline.

prominent in telling people like James Brown that his crown is not up for grab.

His activities on social media have also shown his not ready to drop the title and this has gotten a huge fans base as well as trolls. 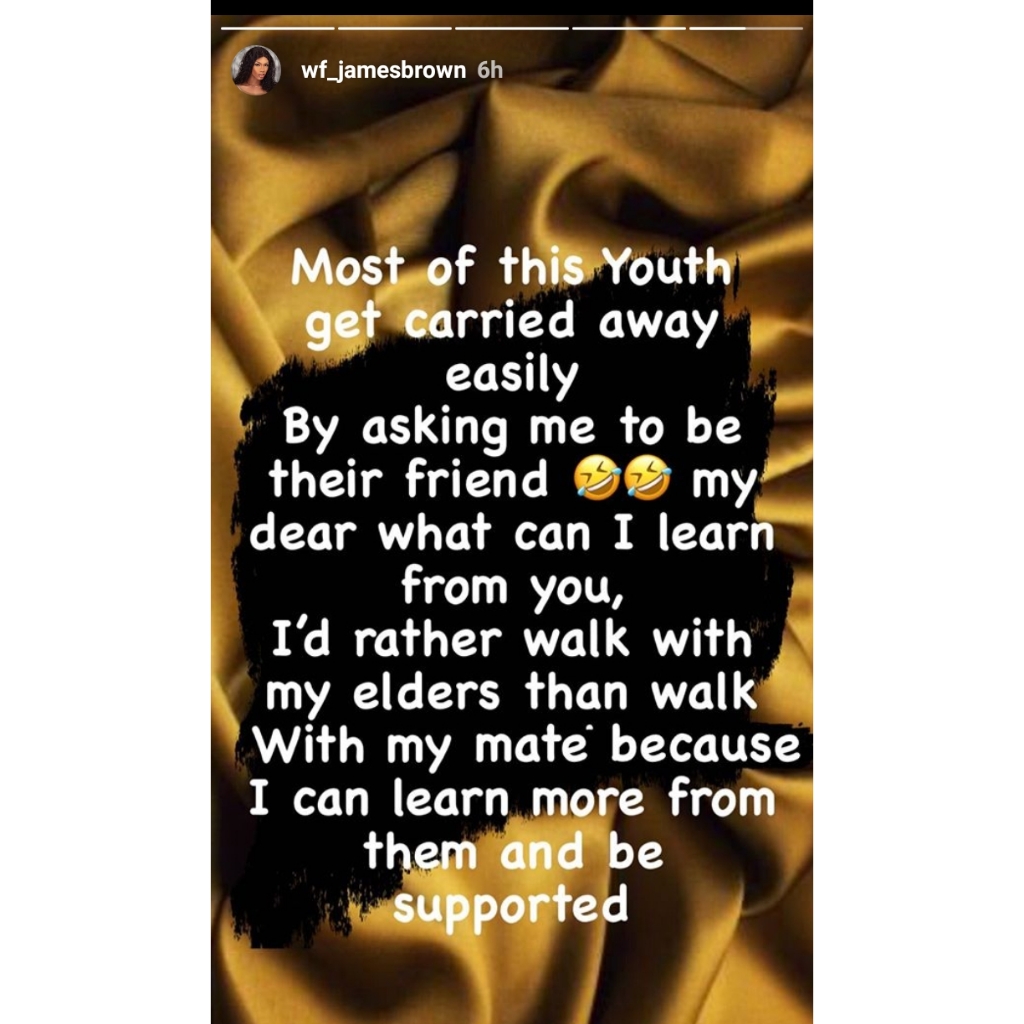 Aila Marealle points at ‘Attitude’ as the ultimate trait

#BBNaija: I’m waiting for all of you to top my baby Tacha – Teebillz shade Erica