Media personality, Tania Omotayo is practising her social distancing in an adorable way as she glows in a green outfit. 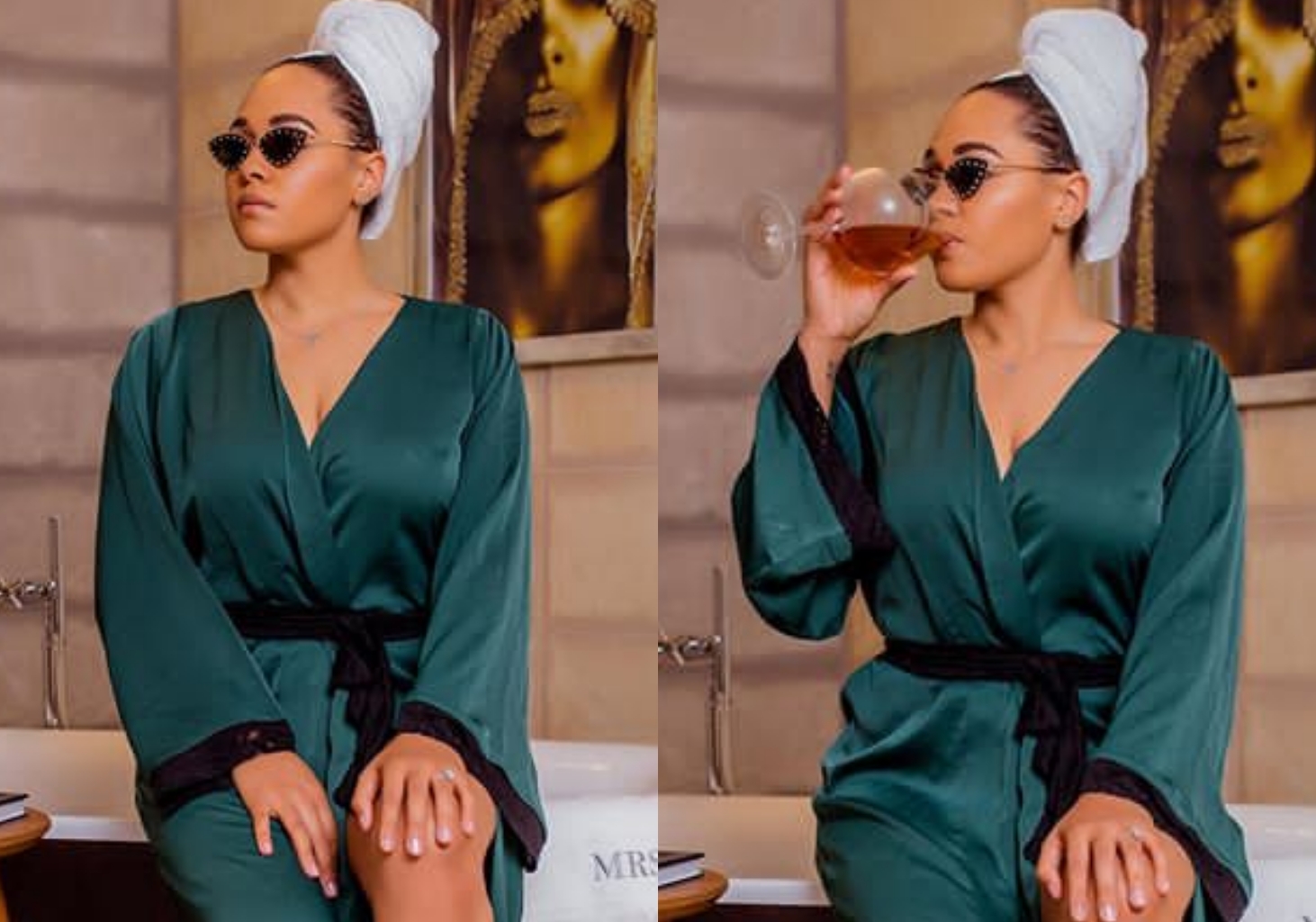 Talk of beauty, talk of style, talk of glamour, Tania Omotayo is the first name

Tania Omotayo whose mother is a Nigerian, Yoruba in particular as her father

with another master piece that has got them stuck to her page.

Dressed in an adorable green outfits, Tania made sure all eyes were on her as dished out an amazing fashion goals to her fans who might be willing to learn.

Tania Omotayo who was formerly Wizkid’s girlfriend has been a proud mother as she has been flaunting her on her social media platforms.

The beautiful mother some months ago celebrated her when she clocked four months with some heartfelt message on the internet.

Fans will be anticipating how she will celebrate her when she finally turn one which will be in July, a day she will surely cherish and adore.

Baddy Oosha in shock as girl begins to fvck herself with a d!ldo on live broadcast (Video)