Home Entertainment The God I worship will deal with Davido mercilessly – Kemi Olunloyo...

Popular Nigeria journalist, Kemi Olunloyo is back with her attack on award winning singer and songwriter, Davido, as she noted that her God will deal with him mercilessly.

are getting hotter between them on a daily basis.

singer and despite insisting he has been forgiven some months ago,

she has continue bashing him.

Just some days after Davido returned to social media with a new hit, Kemi Olunloyo

fans on all streaming platforms.

Though Davido have turned deaf ears to her statement, Kemi Olunloyo some

minutes ago took to micro blogging site, Twitter to attack him on a statement

she claimed he made towards her some years ago.

The almighty God I worship will deal with Davido mercilessly for what he said to me October 20th 2018, the same day his son was born in 2019. I have nothing more to say. God is powerful than money. #drkemiolunloyo 9/23/20 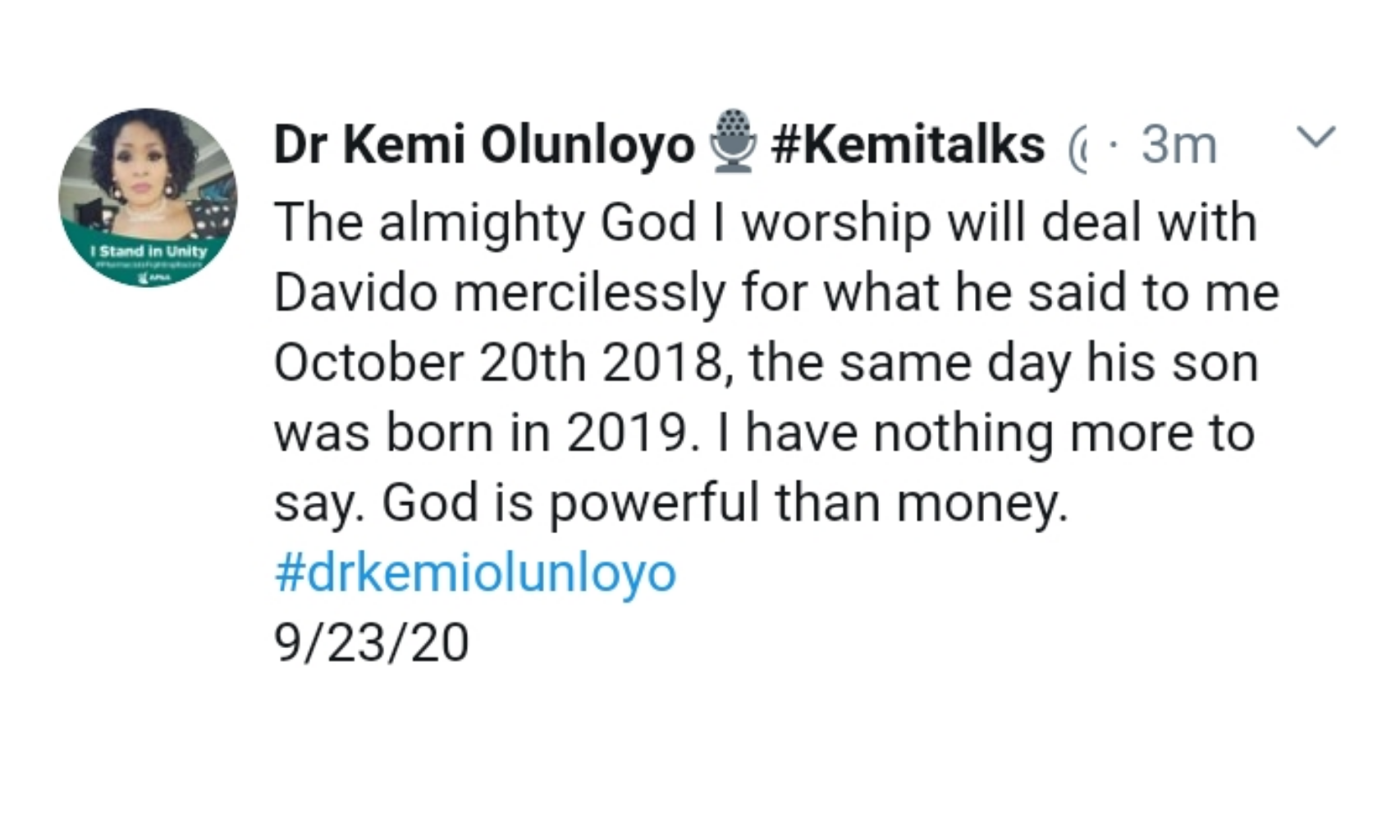 Though Davido have not bee replying the self acclaimed investigative journalist, his

fans on social media have been replying the controversial journalist and it’s left to see if she will be dragged for her latest comments.