Home Entertainment “Thursday is Thursday – Runtown vows not to back down on proposed...

Award winning Nigerian singer and songwriter, Runtown have vowed nt to back down from his proposed protest against operatives of the Special Anti-Robbery Squad popularly known as SARS over their recent actions in the country. 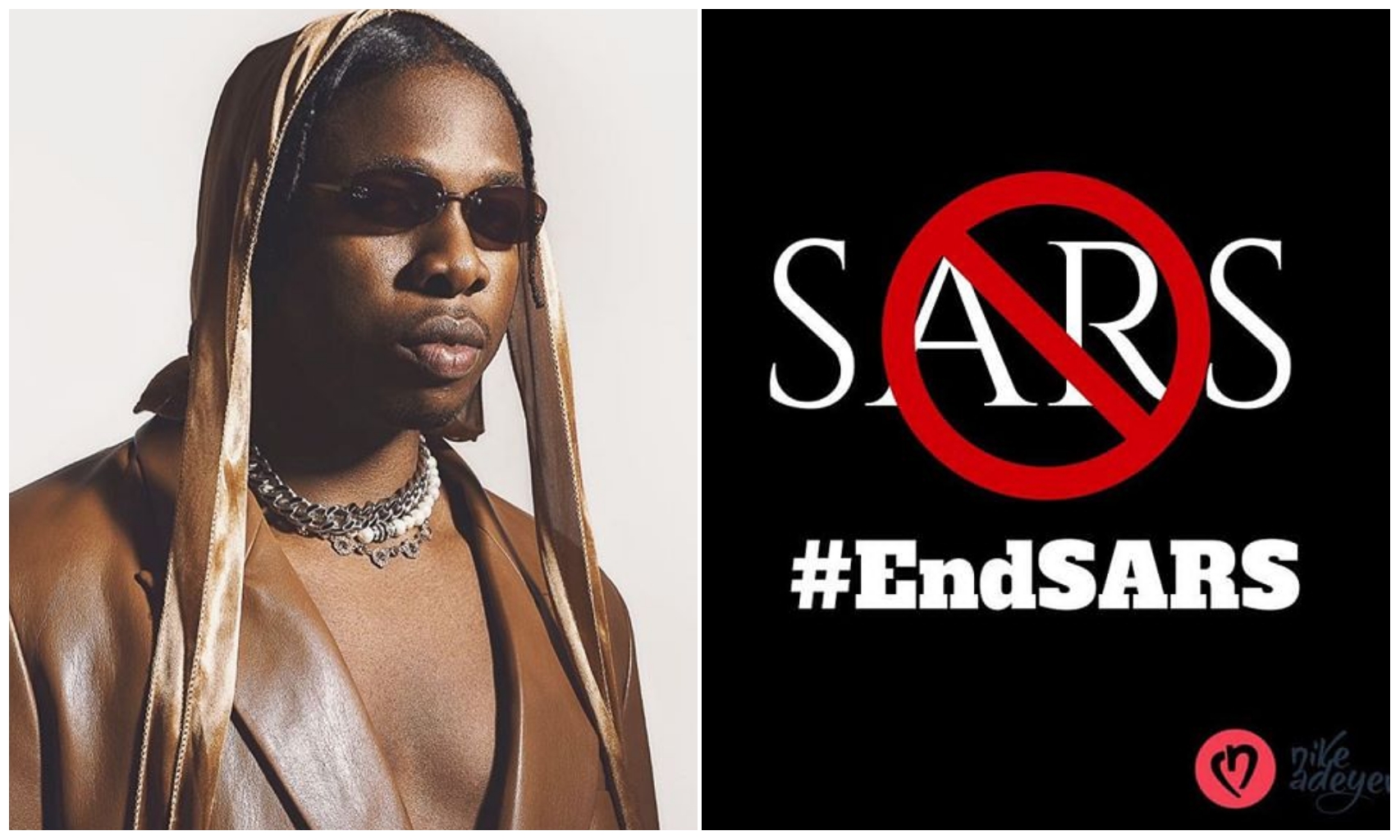 dressing or because of the car they drive across the street.

government into finding a lasting solution to the injustice done to

citizens of the country.

a strong signal to the government.

Naira Marley also stated that he would be staging a protest today, he however

commissioner of police on the way forward.

With this still raising eyebrows from fans on all social media platforms, Runtown

as he’s proposed protest will go on.

According to Runtown, Thursday remain the day that all youths will be led out to the street to show government they are not happy with the situation of things. 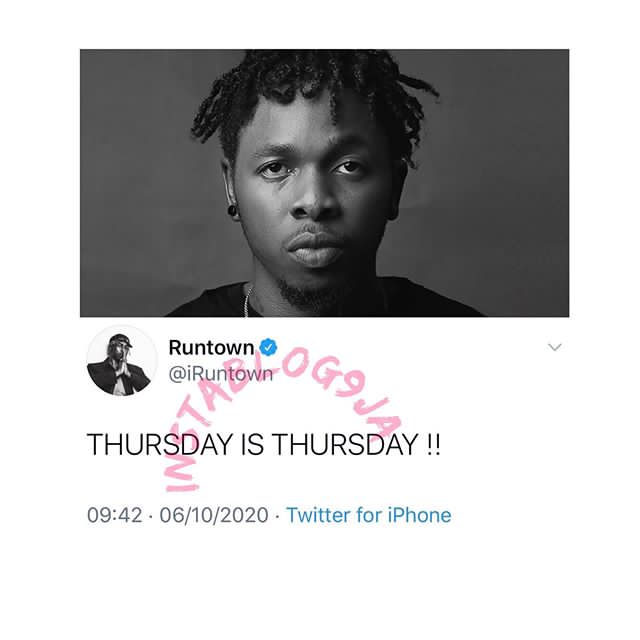 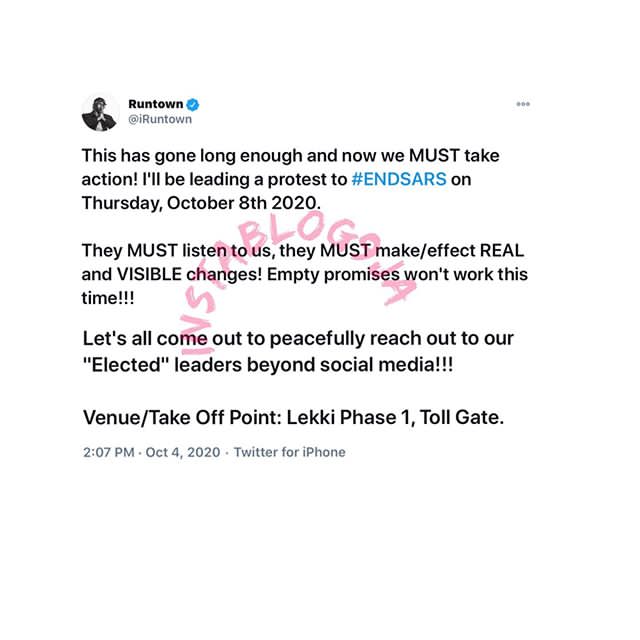 Peruzzi exposed as former record label boss calls him out,threatening to kill him

#BBNaijaReunion: Moment Omashola apologize to Mercy for calling her a prostitute (Video)