Toyin Lawani and Pretty Mike struck as unusual pose during a recent photoshoot.

Toyin shared the photo to Instagram. In it, she’s seen sitting on Pretty Mike’s head while clad in revealing lingerie. As for Pretty Mike, he covered himself with a hat. 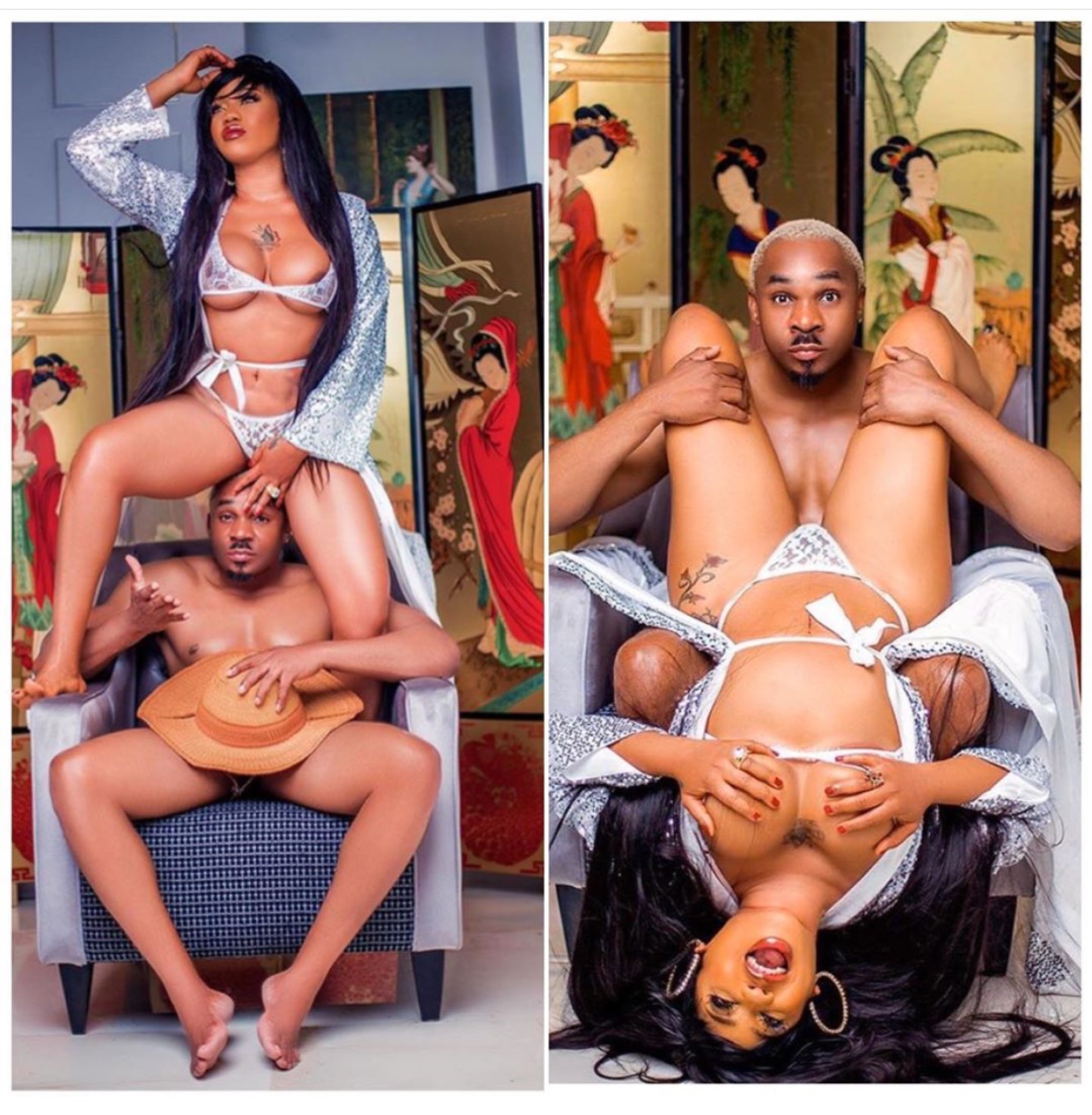 Pretty Mike recently attended the Headies Award decked in Tiannah Place Empire outfit. As expected, the Lagos socialite left jaws hanging with his outfit as he showed up in a dress that left people wondering what gender he was representing. Mike showed up in a white suit with a long bridal train behind.

Drinking is not a sin, Scripture allows you use your tithe to buy alcohol – Reno Omokri