Nigerian artist and talent manager Bankulli Osha who recently revealed details of his work with US R&B and pop star singer Beyoncé give a word of advice to his fans. 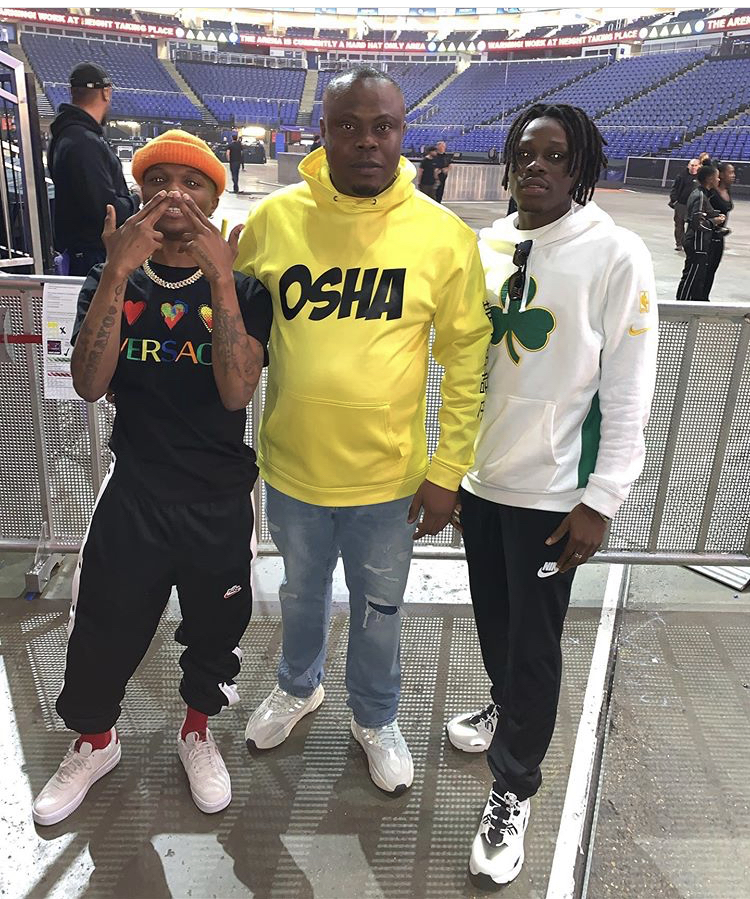 Bankulli who is known for wearing a cloth which has his name on it recently post a video with the African biggest arsenal fan kelechi also took a picture with fireboy and wizkid.

The talent manager took to his instagram account to show his love for Starboy wizkid who recently had his concert Starboy fest in London.

Pictured alongside Bankulli was also wave of the moment  Fireboy dml.

Trust God’s timing. You can’t rush it. You can’t force it. If it’s for you, it’ll come and be right on time. . . @wizkidayo x Bankulli x @fireboydml

Abisagboola Oluseun John known professionally as “Bankulli”, is a Nigerian singer and songwriter,Born in Lagos glimpse at a new upload on Instagram after a long time controversial rumor trending about his managerial career.

The Nigerian surulere born talent manager has also worked with artists and producers from Nigeria, the US and the UK In 2011. He worked on the collaborative studio project “Watch The Throne”, created by hip-hop moguls Kanye West and Jay-Z. The album was released by Roc-A-Fella Records, Roc Nation, and Def Jam Recordings. He also worked on Kanye’s sixth studio album.