Like the popular saying, that “Form is temporary, but Class is permanent!”, it is sure a resounding notion that fits good with veteran actress Kate Henshaw who seems not to be ageing with fashion styles. As a matter of fact, she is getting better with fashion trends as she gets older.

The Nollywood actress isn’t shy to express her creative abilities when it concerns being a fashionista, and she does it so well often times. As part of promoting an upcoming stage play titled “TheWives”, she flaunts her curves in a green dashing costume while she reflects on her character ‘Angela’ in the latest drama. 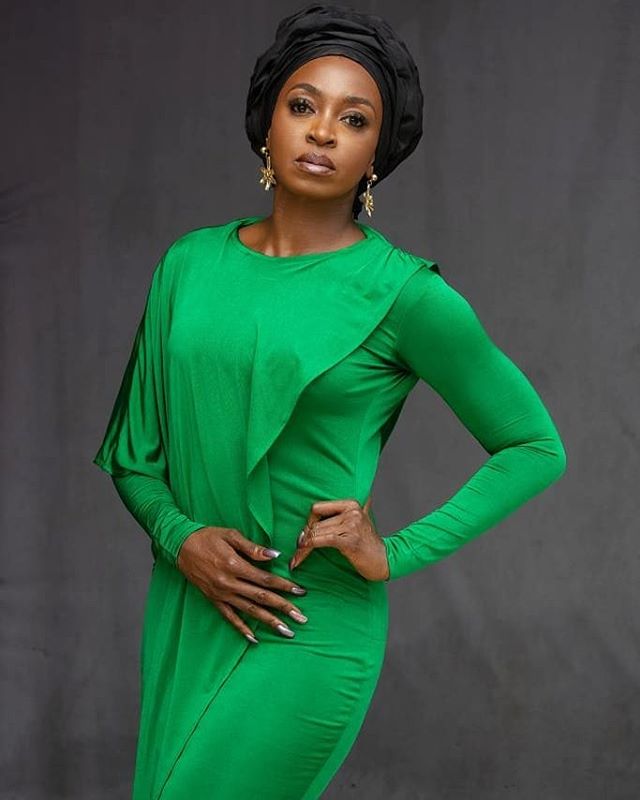 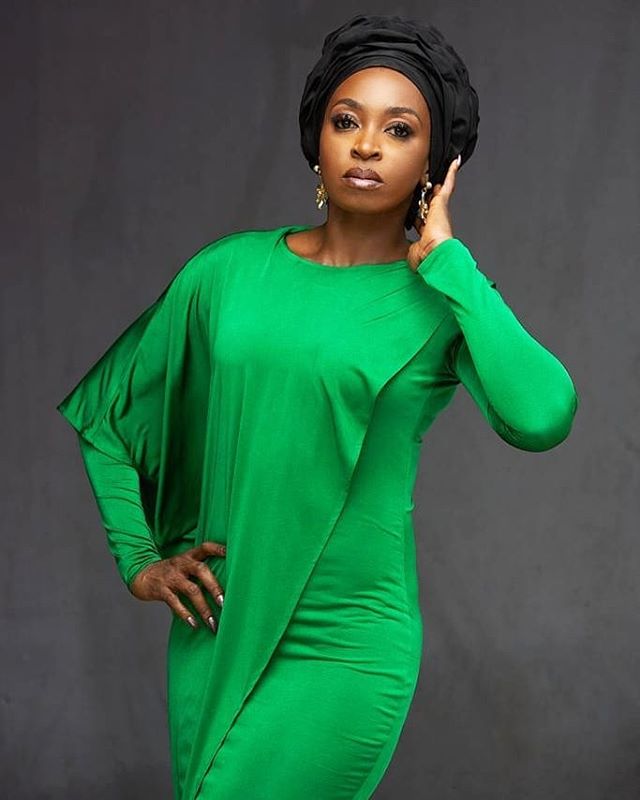 Her teasing note: “A is for ANGELA in #TheWivesStageplay starting on Thursday 5th Sept till Sunday 8th Sept, 2019 showing at the Muson centre, Agip hall.
Produced & directed by @lalaakindoju. Have you bought your ticket?? Don’t be told because you won’t want to miss this for anything ?  Call 0807 860 4967 for your tickets NOW!! I will be on stage with @bintaayomogaji @iamshaffybello @princejidekosoko @toyinoshinaike & @lalaakindoju”