Veteran Nollywood actress, Iyabo Ojo has vowed never to campaign or vote for the top two political party in the country, PDP and APC comes the best general election. 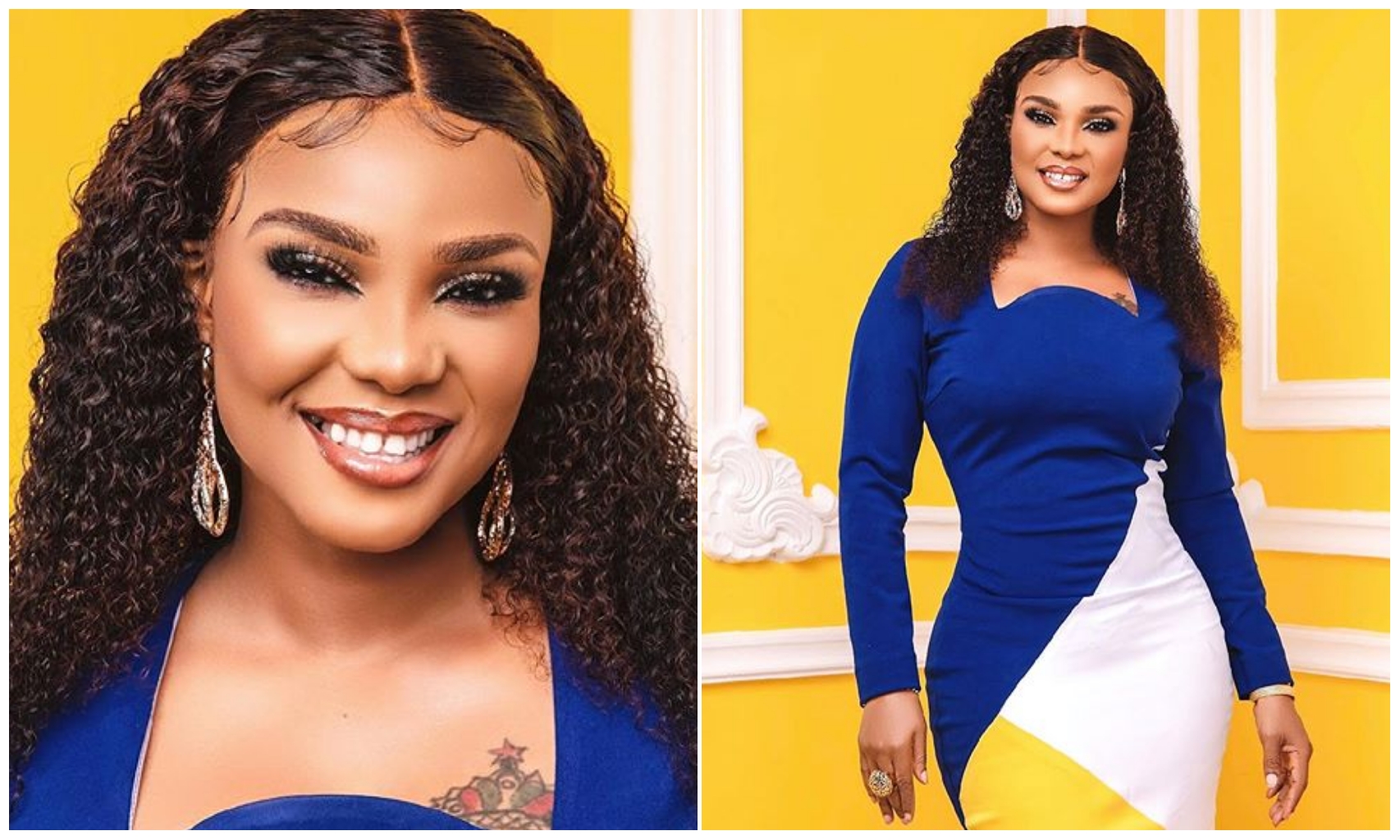 protesters who have been pretesting against police brutality have been asked

to stay home after some violence erupted at protest ground.

been using the opportunity to loot valuable goods meant.

With all this dramatic news still being reported in states across the country,

campaign for PDP and APC even if that aspirant is her family or friend.

I Alice Iyabo Ojo, will never support, campaign or vote for any APC or PDP member ever again in my life even if you are my family or friend, we need a New Nigeria ??, we need to stop recycling  #EndBadGoverance 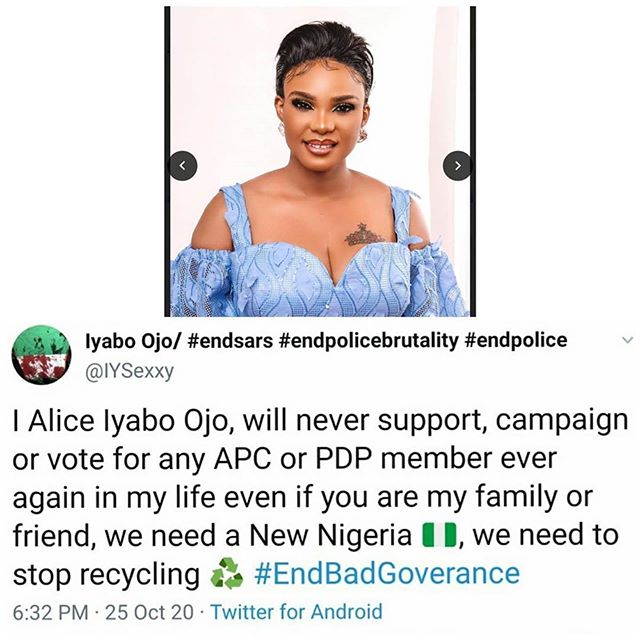 speaking out against bad governance in the country.

Though it’s still early days but all eyes will be on the award winning actress of she would keep her promise and not vote for the two parties.

“A fan once threw her underwear  at me on stage”– Stonebwoy