Home Entertainment “What are you waiting for” – Comedian Warri Pikin mocks Don Jazzy...

Nigerian Comedian, Real Warri Pikin has taken a jibe at music excutive and producer, Don Jazzy over his relationship status. 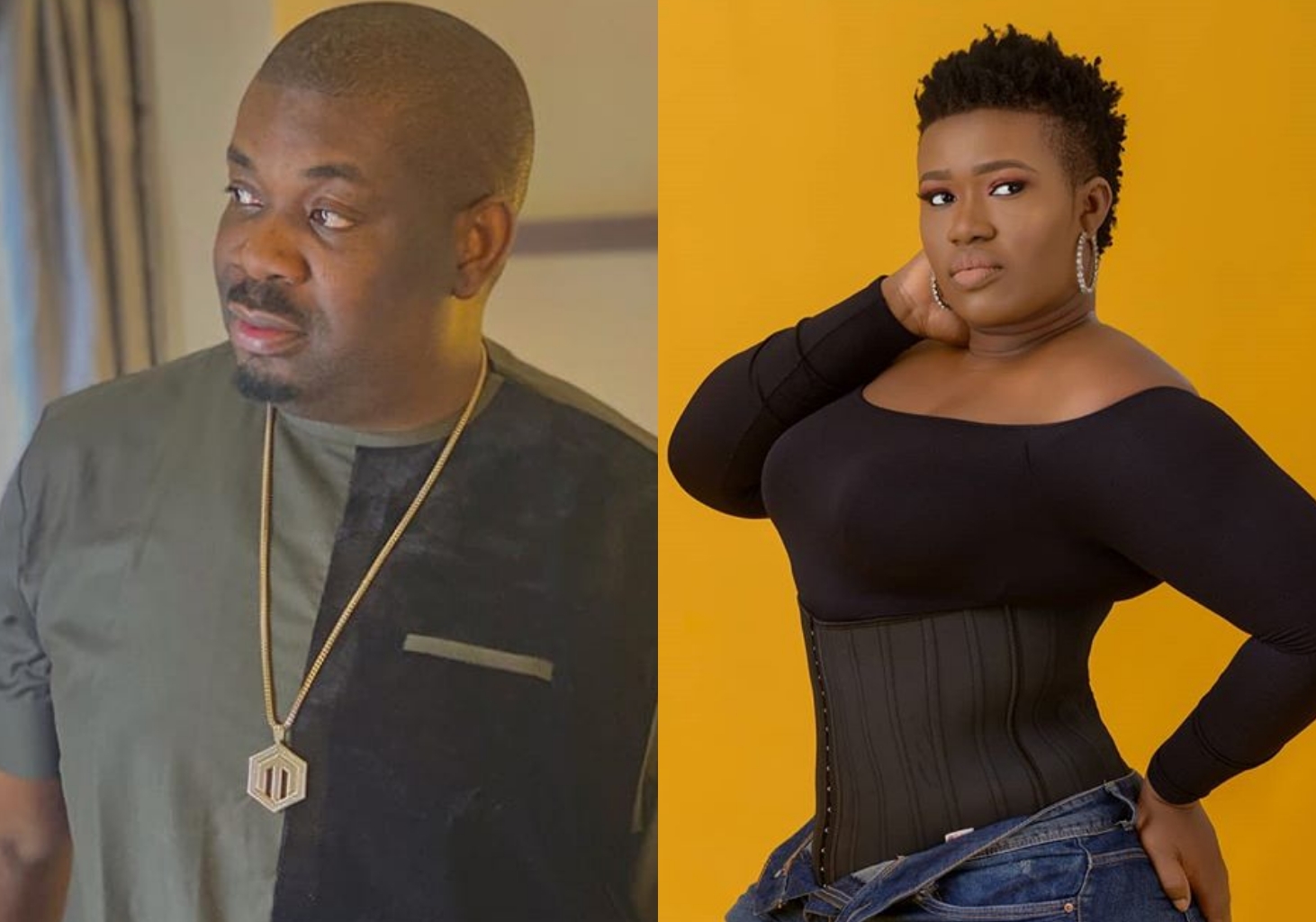 Its not news that Don Jazzy is still single, searching and does not have a babymama

despite the rate at which top celebrities in the industry get themselves a babymama if not a wife.

with his relationship status and comedian Warri Pikin has now join the train.

With today being the children day celebration, Real Warri Pikin took to her

official instagram page to celebrate the joyous day with her adorable kids.

However, she mocked Don Jazzy’s inability to get himself a wife or a babymama by

captioning the post with a message to the award winning singer and songwriter.

According to the talented comedian, she does not know what’s delaying Don Jazzy

record label, claiming they are better than Rema.

See her post on Don Jazzy relationship status below:

Happy Children’s Day to @abiaavengers And All the Children wey dey Area And even me💃🏻💃🏻💃🏻💃🏻💃🏻💃🏻 . . . . . . @donjazzy I nor knw wetin you Dey wait for @heisrema nor do pass so ooo normally! #realwarripikin #wetindeyplay #abiaavengers #abiaavengersmusicconcert

READ
#BBNaija: Why I became friends with Kiddwaya after Erica's disqualification – Laycon (Video)

children day celebration so as to be free from trolls and critics.

the industry but their relationship have never been made public.

Though he has been doing good for himself in the entertainment world, he wipl be eager to change his relationship status in the next few months.

Sharoon Ooja Enjoying herself at the Carthage festival in Tunisia