Home Entertainment Why I have failed to join EndSars protest despite arriving in Nigeria...

Nigeria music star, DJ Cuppy have opened up on the main reason why she has failed to join the EndSars protest despite arriving in the country some hours ago. 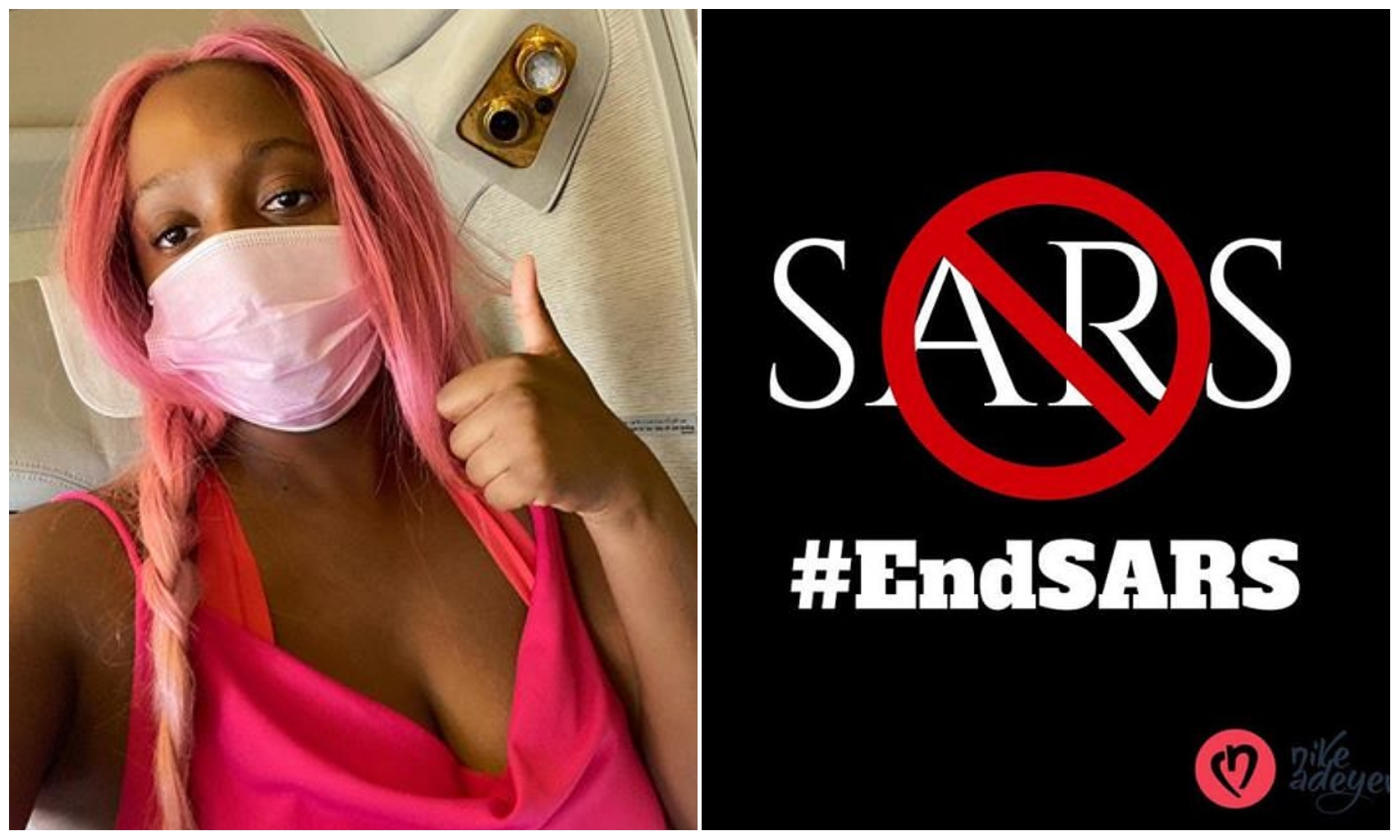 the police department that been a torn on the flesh of innocent citizens.

molestation and assaulting youths who are labelled as the leaders of tomorrow.

DJ Cuppy who is the daughter of billionaire business man, Femi Otedola, joined the

in speaking out against the injustice done by youths.

the masses in asking Government to listen to their voice.

to the country and this have been raising some eyebrows among her fans.

note that she has been asked to self isolated for 7 days so as to be sure that she’s not Coronavirus positive.

After rushing to fly back home; wandering why you haven’t seen me out protesting? …Since arriving in Lagos “THEY” have warned that I MUST self-isolate for 7 days due to Nigerian #COVID19 laws or face prosecution!