American singer and songwriter, Tremaine Aldon Neverson popularly known as Trey Songs have attacked the President of Nigeria, Muhammadu Buhari as he labels him a sh!t. 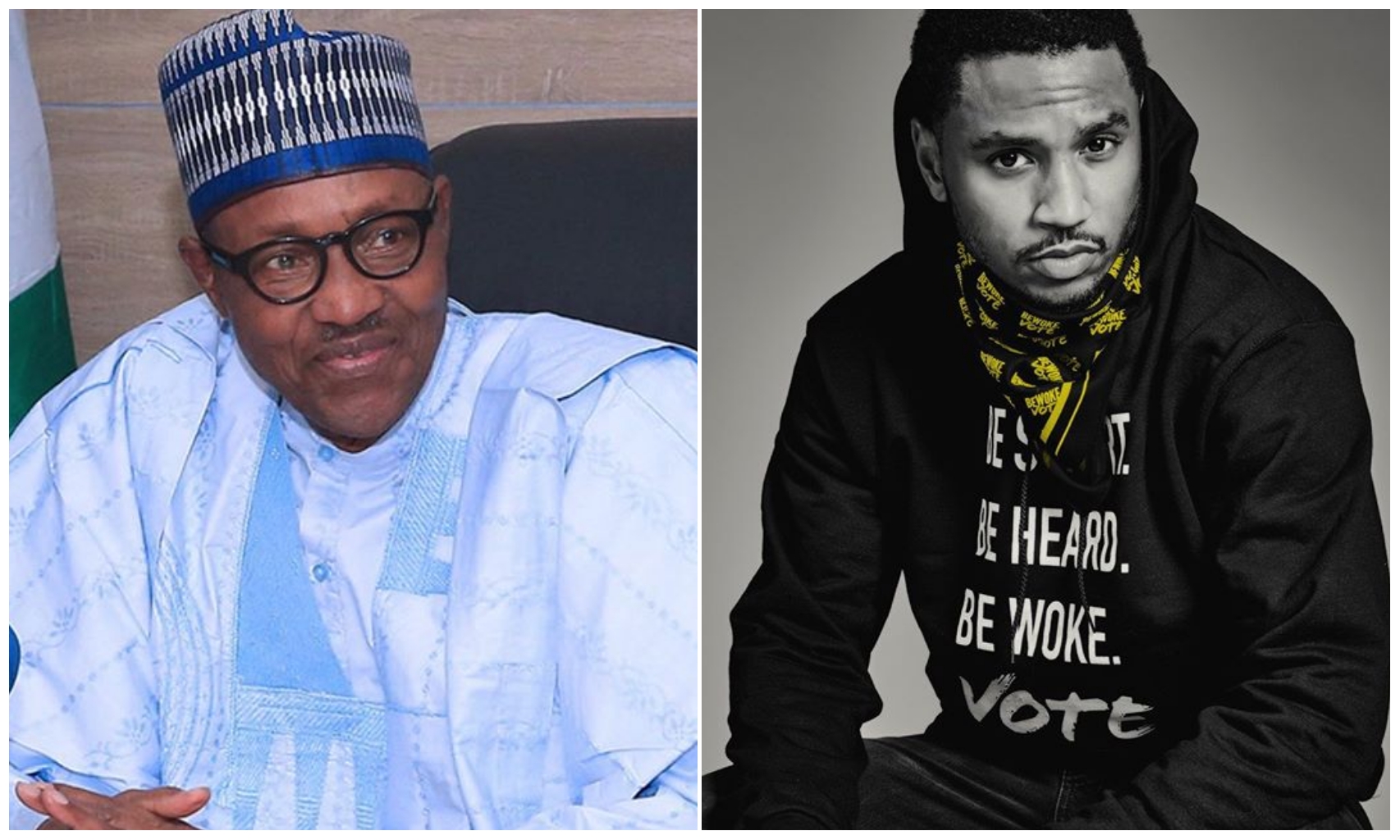 With Nigeria currently going through a tough phase with citizens protesting

against the injustice done by some SARS operatives in the country, Buhari have

received a lot of criticism as fans attacked him for his silence on the issue.

singer, Wizkid some days ago blast the President for speaking about the health

status of Donald Trump instead of looking after his citizens.

Trey Songs noted that Buhari is full of sh!t for stating that his administration are

trying everything possible to make sure police are accountable to the people.

See his posts below: 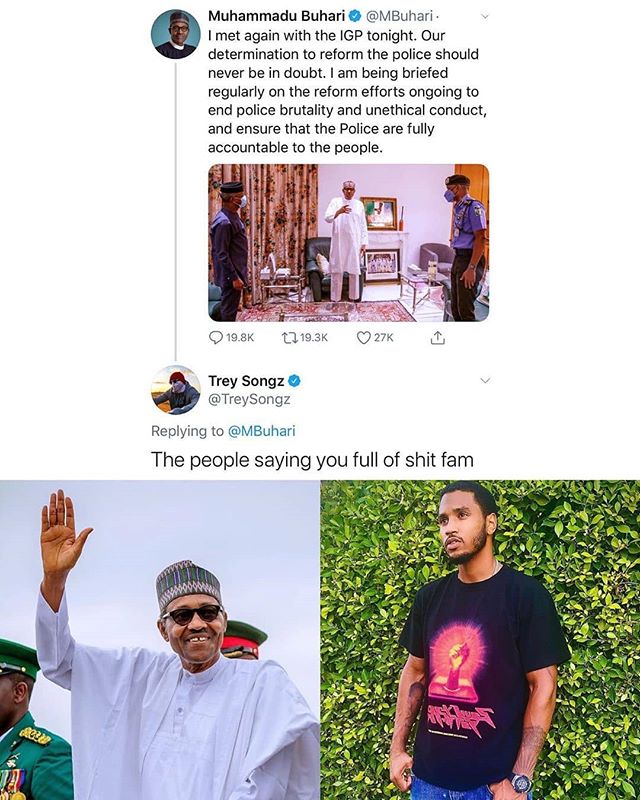 Trey Songs comment is coming days after Cardi B and Drake reacted to news by supporting the movement against police brutality in Nigeria.

Skales’ girlfriend  drops pictures to show how happy they are