Home Entertainment #EndSars: Shame on you – Peruzzi attacks his friends who had powerful...

Afropop singer and songwriter, Peruzzi have attacked his friends who have a power father and have decided to keep quiet during this EndSars movement going round the country. 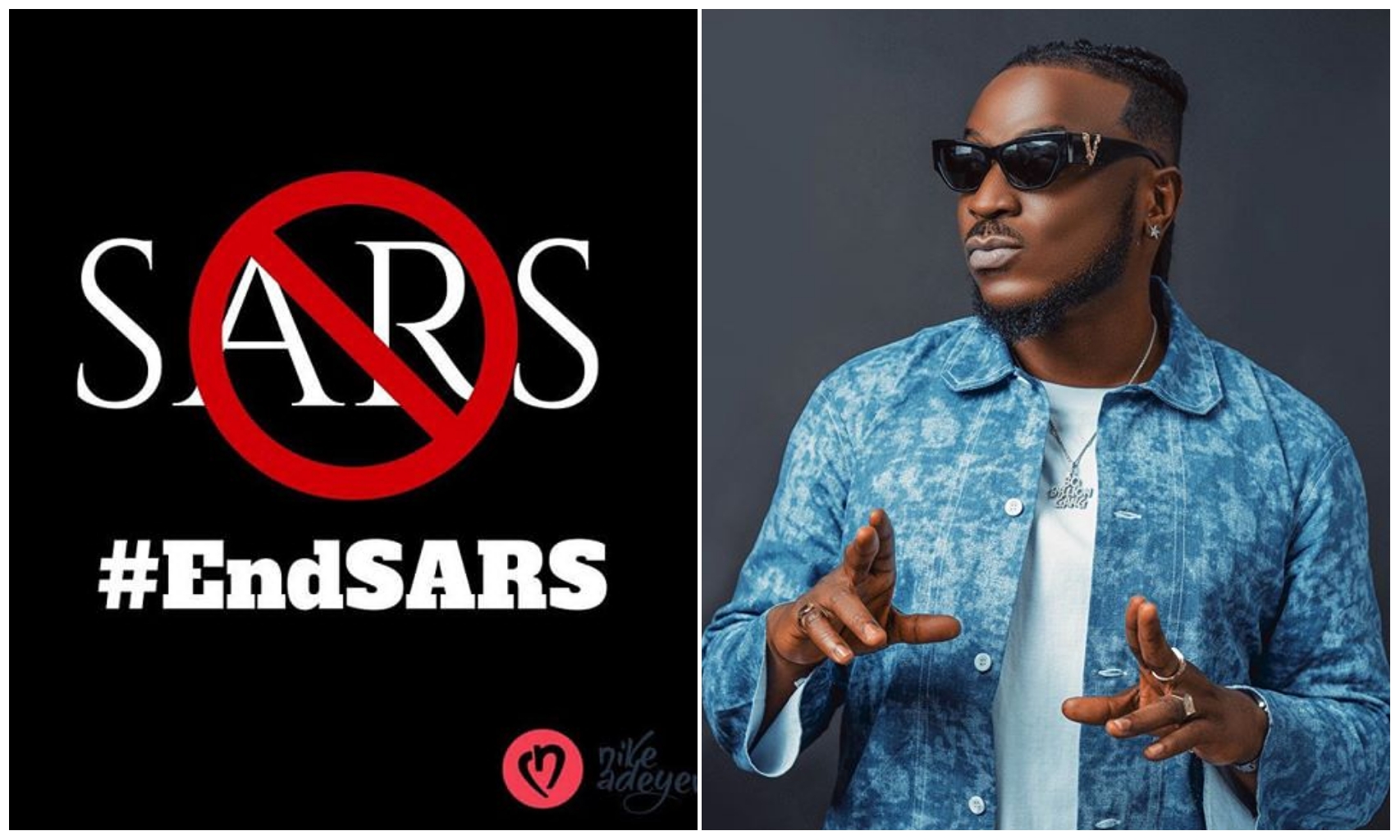 Just like top personalities in the entertainment industry, Peruzzi joined in

behaviors of SARS operatives in the country.

been consistent in tweeting about the atrocities done by someme members

of SARS operatives in the country.

blessed with prominent father but has failed to join in the camp.

be ashamed of themselves.

Shame to all my “friends” with they dads in power who choose to keep quiet about this protest! Fvck you and I hope one day you regret this. #EndSarsNow 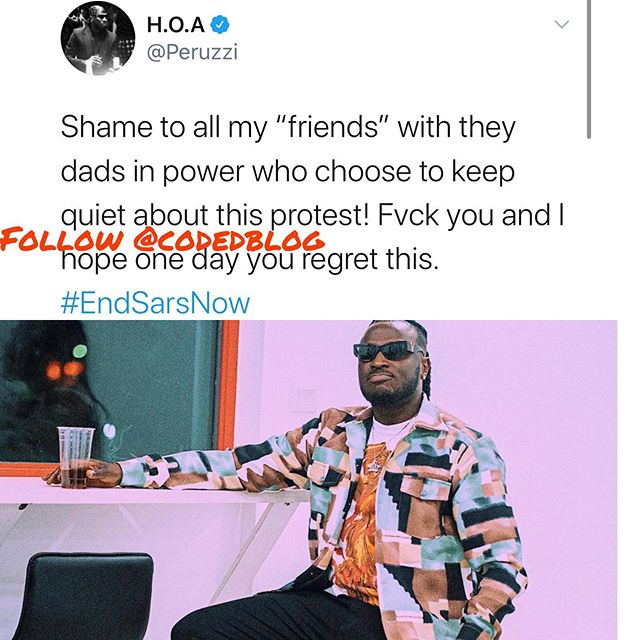 Hashtag EndSars is still trending on social media as citizens have insisted that reformation of the police force should be done as soon as possible.