Rapper and singer, Zlatan Ibile has been called out by fans on social media for wearing a fake Yeezy slides. 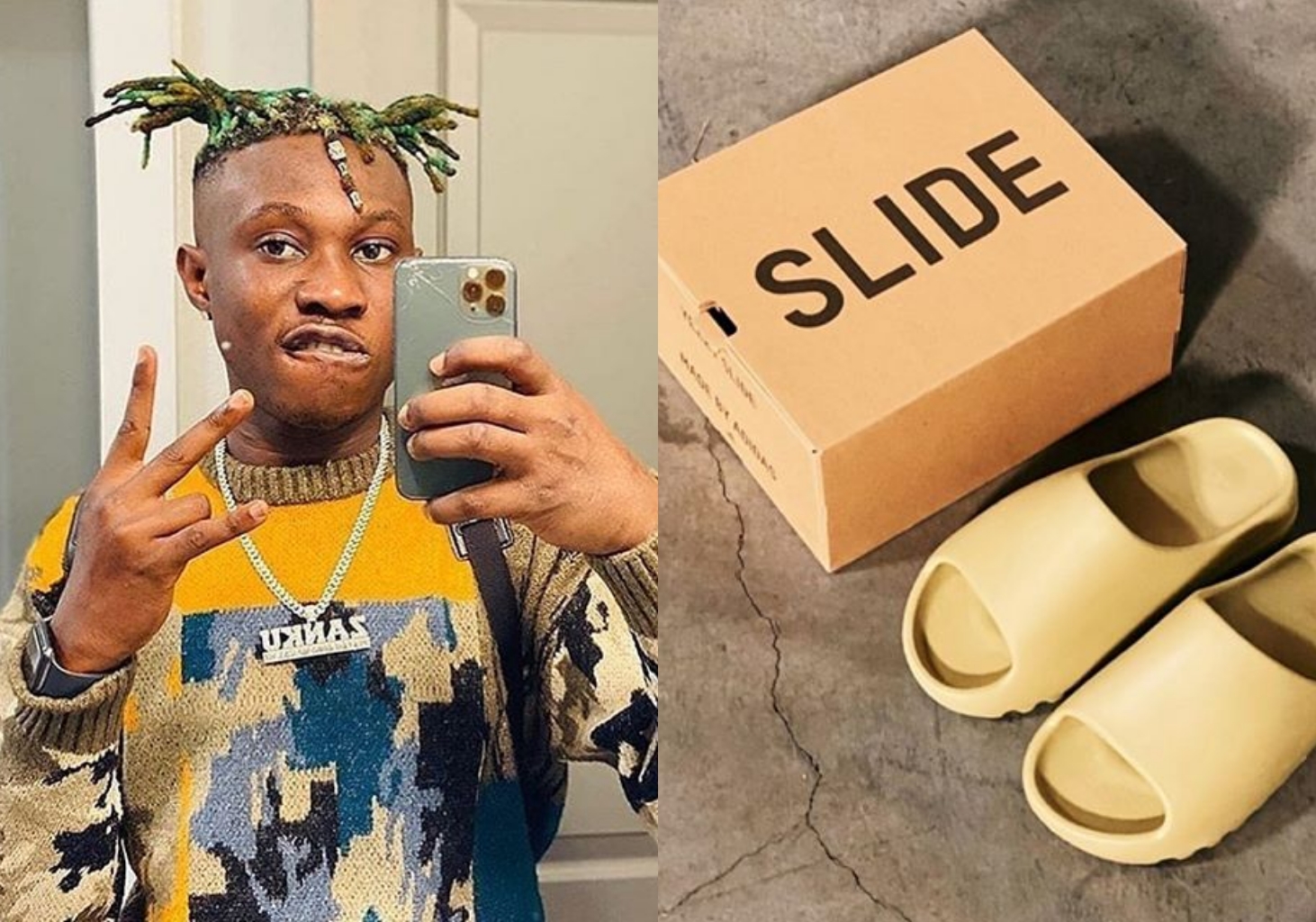 expensive assets that include Wrist Watch, Shoes, fleets of cars and a host of others.

However, things took some dramatic turn yesterday when he posted a picture of

himself rocking Yeezy Slides, a footwear which is a brand of America singer, Kanye West.

Zlatan Ibile has now face the wrath of an influencer on micro blogging site, Twitter

who claimed he’s rocking a fake Yeezy Slides and should stop bragging about it.

asking if he wanted one for himself but Zlatan was given a reply he would not have hoped for.

social media for failing to do a giveaway when he said he would do.

Zlatan Ibile has also been trolled on different occasions by fans who tend to explore happiness from trolling.

However, he has been able to scape through by giving them a Savage reply.

But it’s seems Zlatan Ibile has bargained for much more he can handle as fans have begin trolling him on Twitter.