The Award winning songwriter Davido still will not stop showing love to his new friend Zlatan Ibile as they both storm Dubai mall. 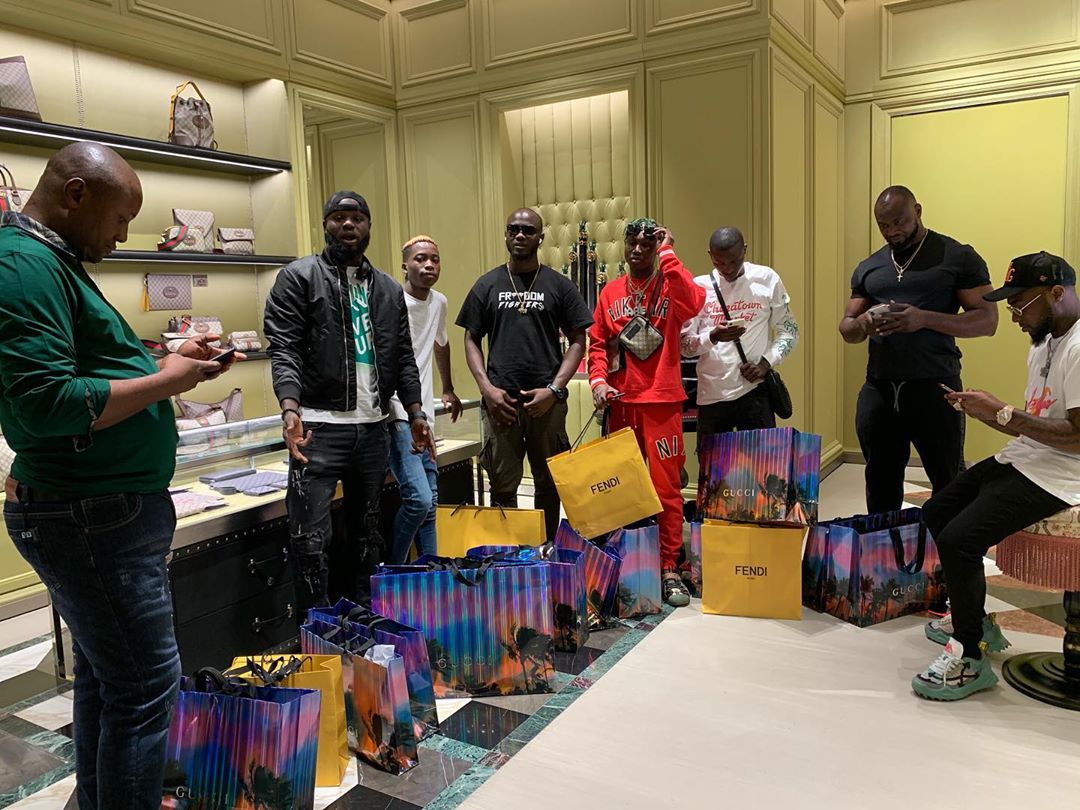 The Philanthropist who is known for his good heart has done it again as he choose to show Zlatan Ibile and his team some love.

Zlatan ibile who always show is heart of gratitude took to his page to appreciate him saying:

BaBa IFEANYI YOU NO GO KILL US
@davidoofficial thanks my G

Recall December 2018, it was Davido that first took Zlatan to Dubai to Perform at one of his Sold Out Show. You can watch that epic moment via Zlatan’s IG page among the moments of his life.

The Kapaichumarimarichopaco slang originated from Zlatan , more also the fast rising yoruba super star rapper seem to have taken over Olamide aka Baddo Sneh reign has him alone has been responsible for 3 new street popular dance.

Z.A.N.K.U is the title for Zlatan Ibile’s first career album which was released two weeks ago on digital platoforms, zanku is also the name of the now world famous dance step created by Zlatan Ibile himself.

Zlatan some weeks ago revealed he came from a poor background , but music had changed his life drastically as he now owns a house in Lekki along expensive luxurious cars. he is currently the most sort after artist in Nigeria and across the world behind the likes of Wizkid, Davido, Burna Boy etc.

Model Eva Modika, shows off new house she built for her parents (Photos/Video)