Actress and wife of legendary Nigerian musician, 2Face Idibia, Annie Idibia has disclosed that her husband is currently not in the best of health.

According to the actress, 2Baba is  on drips and was also receiving attention from his medical doctors.

She added that regardless of her husband’s ill health, 2Baba was able to make it to his unveiling as an ambassador for Nigerian Stock Exchange. A decision which she said was against medical advice.

In the Instagram post she said “So Baba has been so ill and on drips and plenty meds. Doctor was by his side 48 hours. We all didn’t think he could make it to this big event that was all about him and the Nigerian stock exchange,” she wrote on Instagram stories. 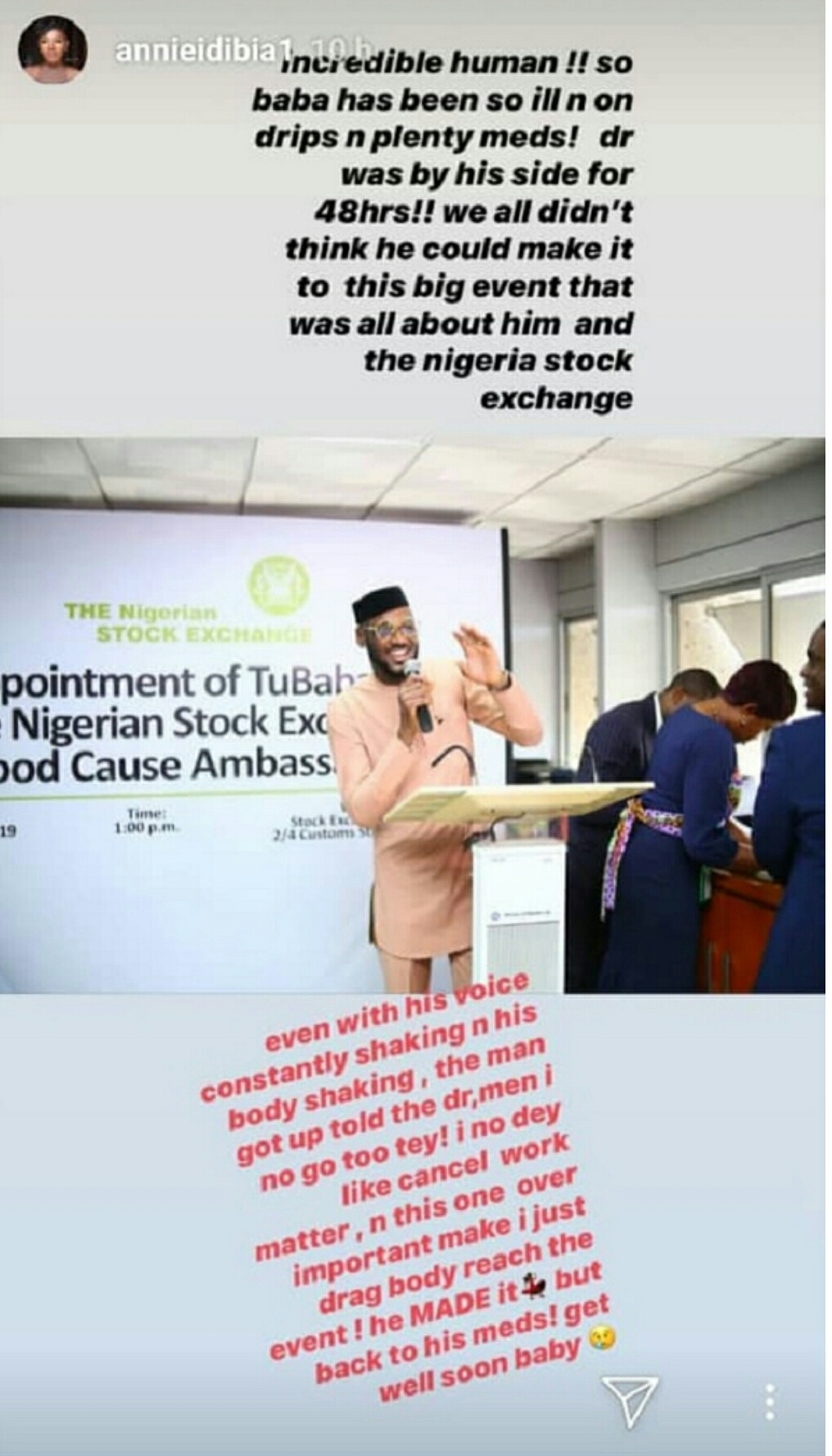 Innocent Ujah Idibia, known by his stage name 2Baba,  is one of the most decorated and successful Afro pop artists in Africa.
Prior to July 2014, he went by the stage name 2face Idibia and later changed it to 2Baba.