Legendary Ghanaian reggae artiste, Samini has sent a congratulatory message to Ghanaian actor, John Dumelo after winning the nod to contest as a  Parliamentary candidate for the Ayawaso West Wuogon constituency. 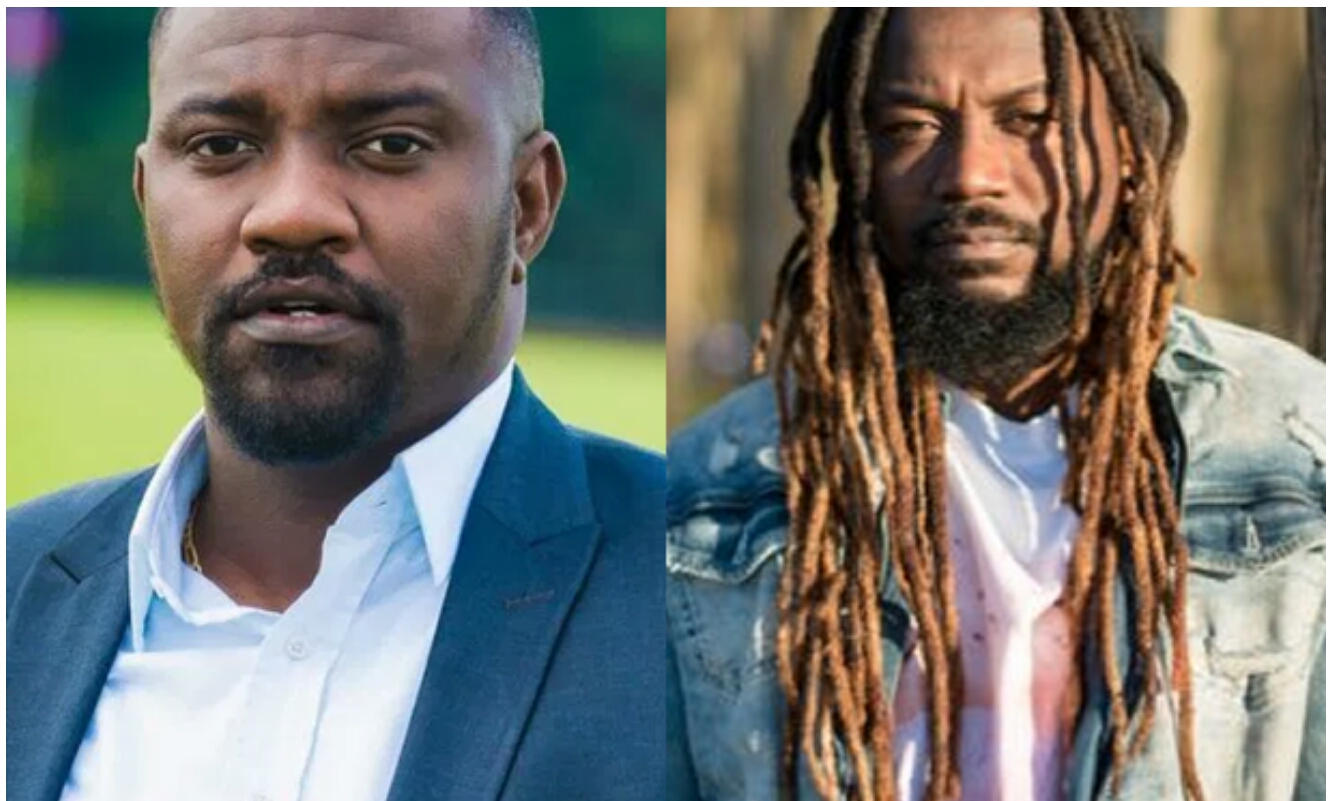 John Dumelo switched to politics and joined the opposite National Democratic Congress  ( NDC) and won in the latest parliamentary primaries that was held on Saturday.

He received a lot of congratulatory messages and the the latest person to wish him well in his new endeavor is the legendary dancehall artiste, Samini.

Samini, via a twitter post on Tuesday expressed that he wished that John Dumelo will play an important role in positively changing the lives of the youth.

The award winning musician also added that  he expected John Dumelo to be the change the youth wants and not add up to the many alleged corrupt practices politicians are noted for.

Samini’s tweet read ” Congrats @johndumelo1 for stepping to the table and winning the 1st step. Bro, you are an inspiration to many and we the youth are in support of young people taking charge of things in politics, however bro, we want to make a difference and not repeat the narrative”. 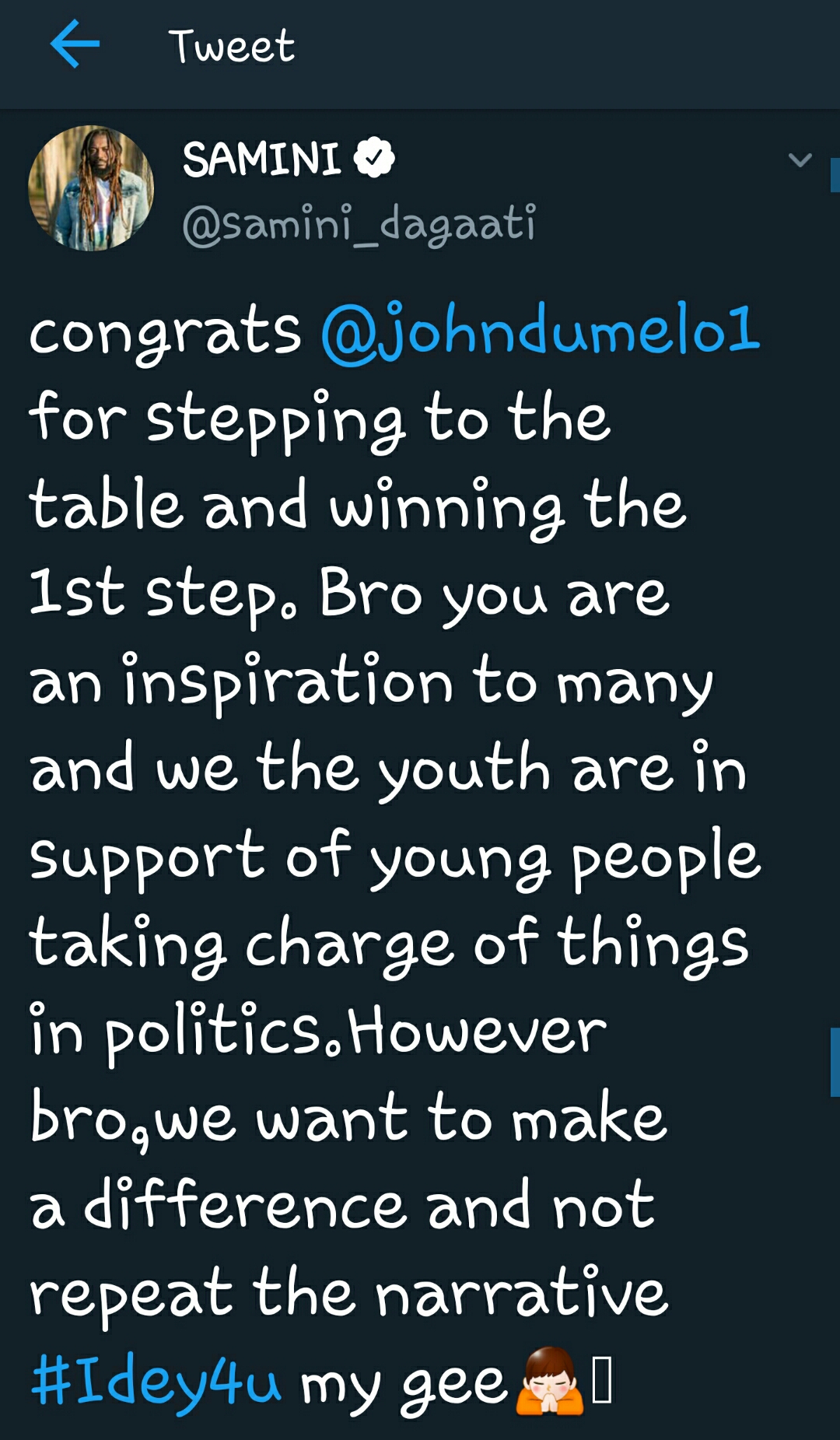 However, the history between the two has not been a good one.  Some few weeks back,  both of them seemed to be engaged in series of misunderstandings on Twitter concerning over a proposal by parliament to build a new chamber for more than $200 million.

It appears the two have now smoked the peace pipe as John Dumelo also expressed his gratitude to the Samini’s congratulatory message. 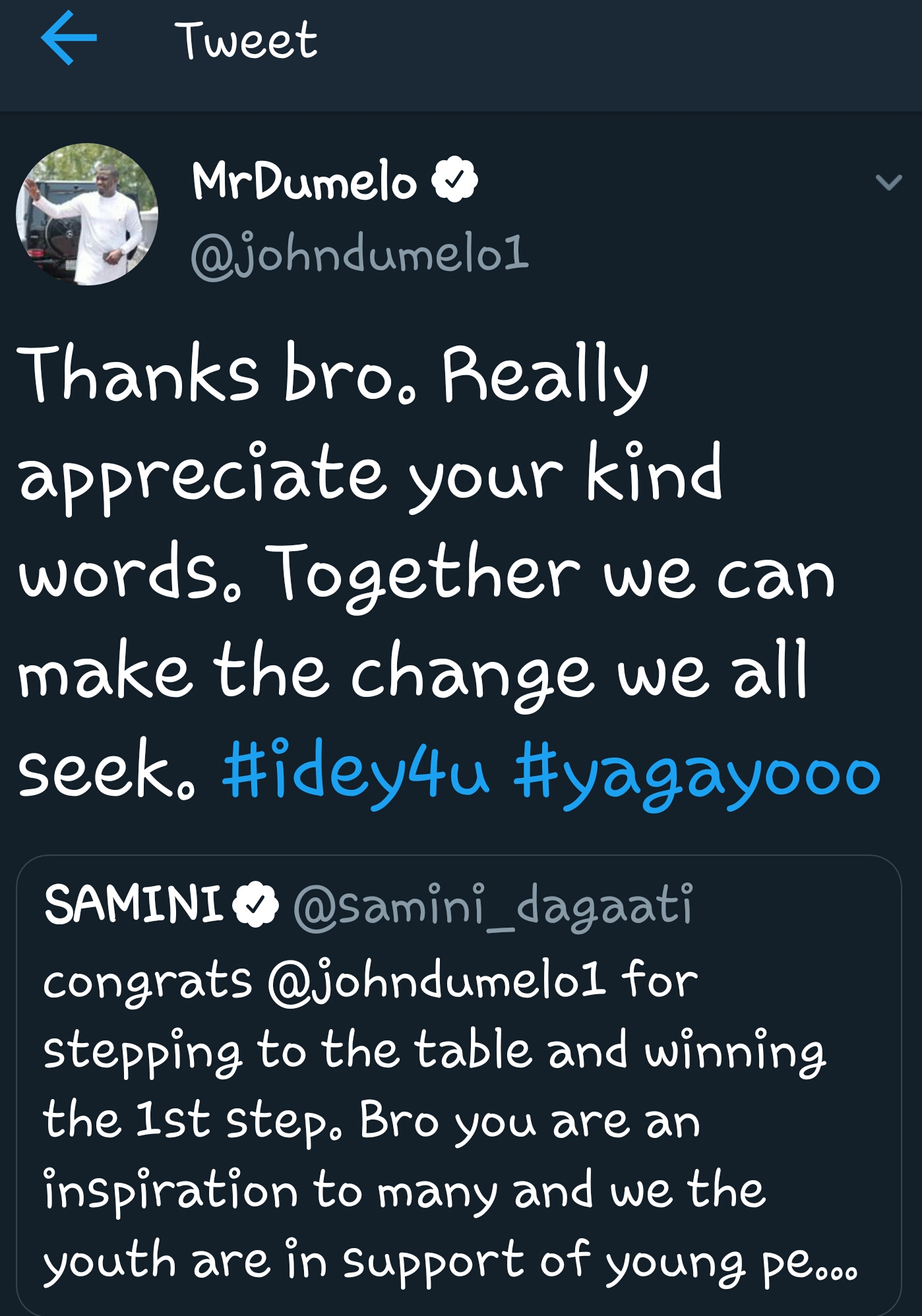